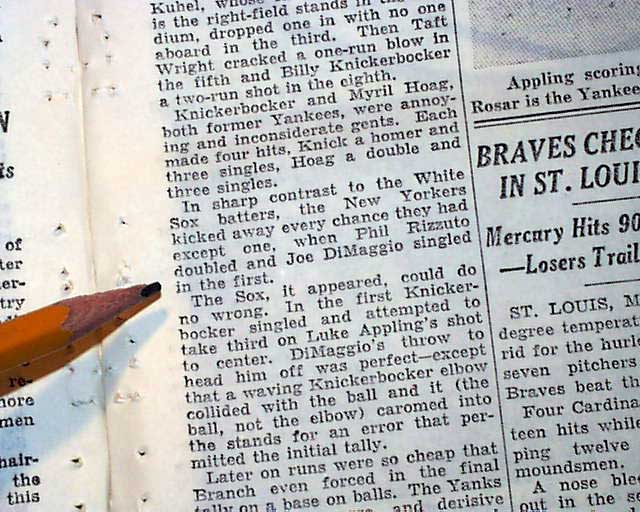 The sports page has a logically inconspicuous report, under the heading: "Yankees Bow to White Sox For Fifth Straight Setback...", noting: "...In sharp contrast to the White Sox batters, the New Yorkers kicked away every chance they had except one, when Phil Rizzuto doubled and Joe DiMaggio singled in the first...". Box scores also shows DiMaggio with a hit. (see)
This was the first game in DiMaggio's remarkable 56 game hitting streak. Who would have guessed back then and saved this issue? Very rare as such.
Complete in 44 pages, this is the "rag" edition printed on very high quality newsprint meant for institutional holdings. Great condition.
Terrific to have this report in the Times, from the city where the game was played and home of the Yankees. 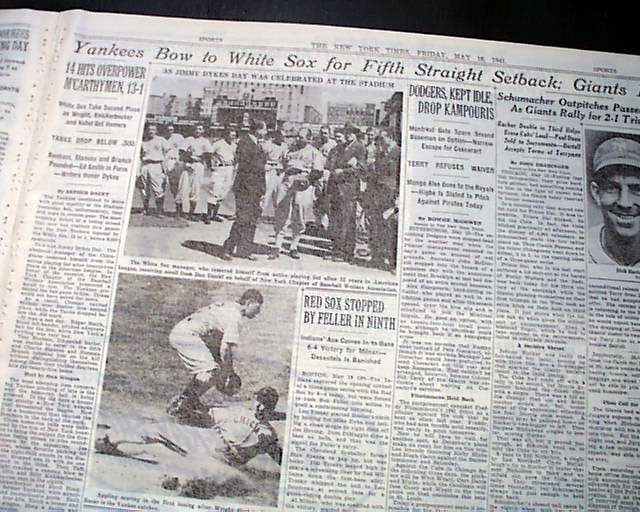 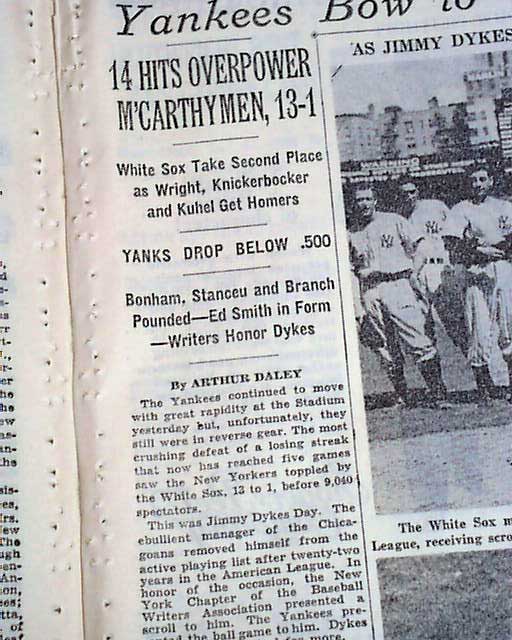 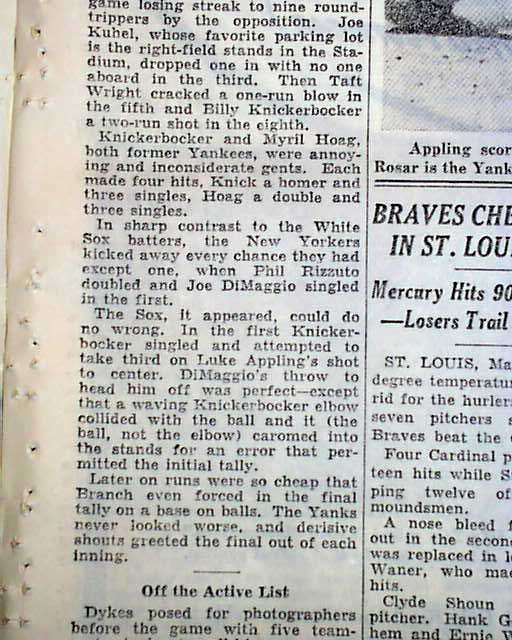 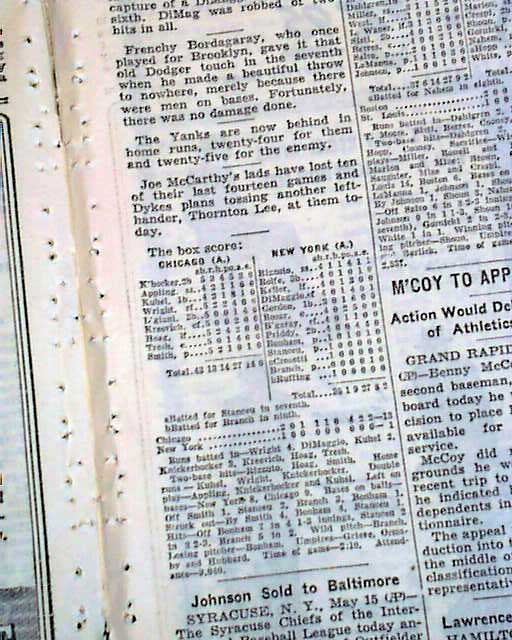 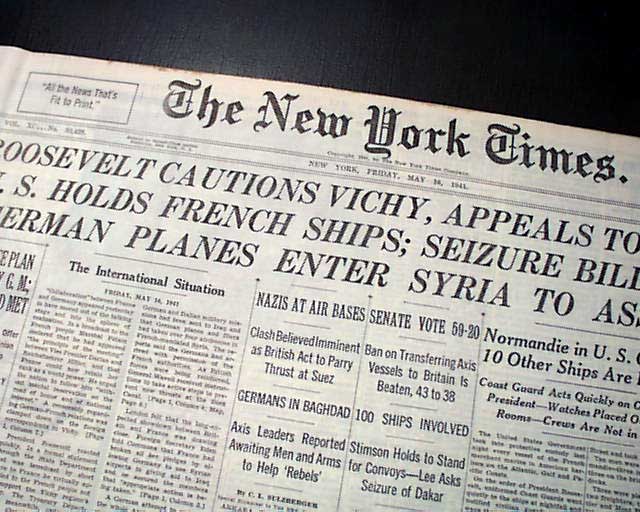 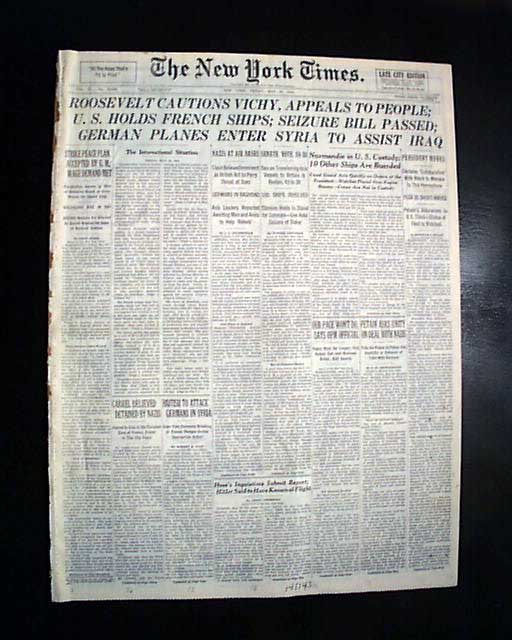