Home > Back to Search Results > Terrific pair of newspapers...
Click image to enlarge 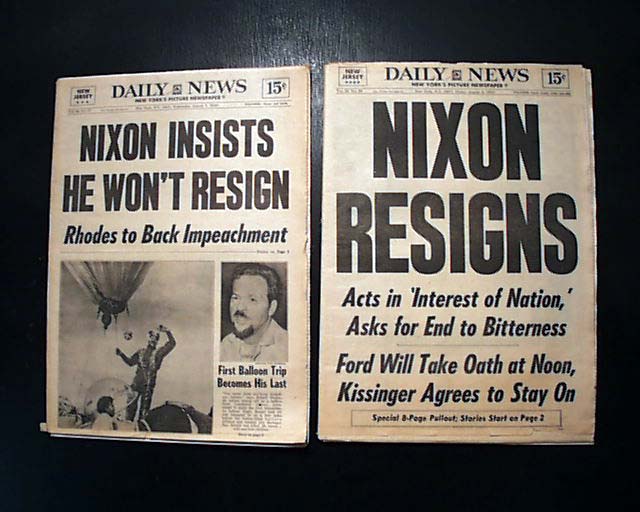 Here is a pair of issues which belong together. Printed just two days apart, the August 7 issue headline announces: "NIXON INSISTS HE WON'T RESIGN" while just two days later the same newspaper announces: "NIXON RESIGNS".
Both issues are complete, tabloid-size, and in nice condition. Would be great to have both framed, side by side.

FBI raid on Church of Scientology in ...