Home > Back to Search Results > Joe Dimaggio nears the end of his hitting streak (52 & 53)...
Click image to enlarge 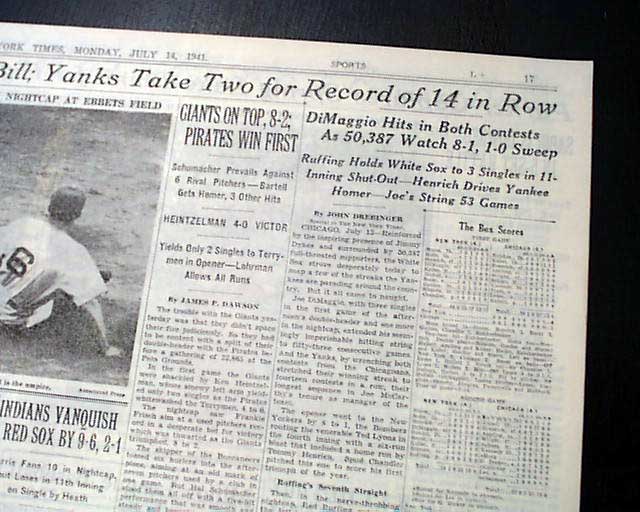 The sports section (page 21) has a four column headline proclaiming: "Yanks Take Two for Record of 14 in Row" with subheads that include: "DiMaggio Hits in Both Contests As 50,387 Watch 8-1, 1-0 Sweep" and more with box scores. (see) Joe DiMaggio would extend his hitting streak to just three more games (56), where it would end.
Other news, sports and advertisements of the day. Complete in 30 pages, this is the rare rag edition that was produced on very high quality newsprint, with a high percentage of cotton & linen content, allowing the issues to remain very white & sturdy into the present. Given the subscription cost, libraries & institutions rather than individuals were the primary subscribers of these high-quality editions. Nice condition.