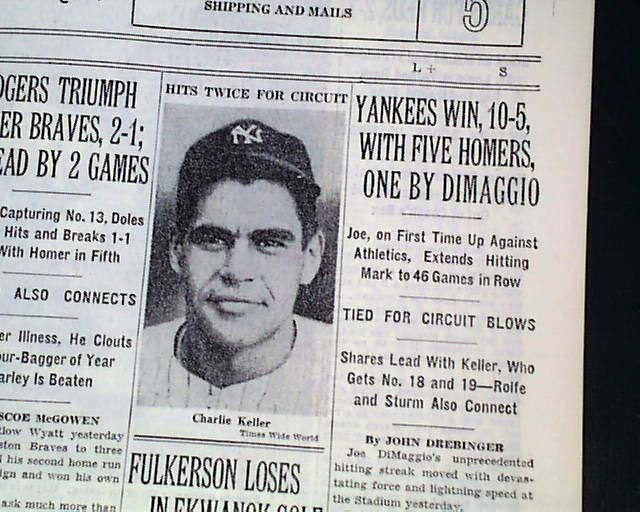 The front page of this section has a one column heading: "YANKEES WIN, 10-5, WITH FIVE HOMERS, ONE BY DIMAGGIO" with subheads that include: "Joe, on First Time Up Against Athletics, Extends Hitting Mark to 46 Games in Row" and more. (see) Coverage on Joe DiMaggio continuing his hitting streak which would end at 56 games on July 17, a record which has yet to be broken and is considered one of the most difficult records to break. He broke the record a few days earlier. Great to have in this famous New York City title.
Other sporting news of the day. Complete sport's section with all 8 pages, rag edition in nice condition.