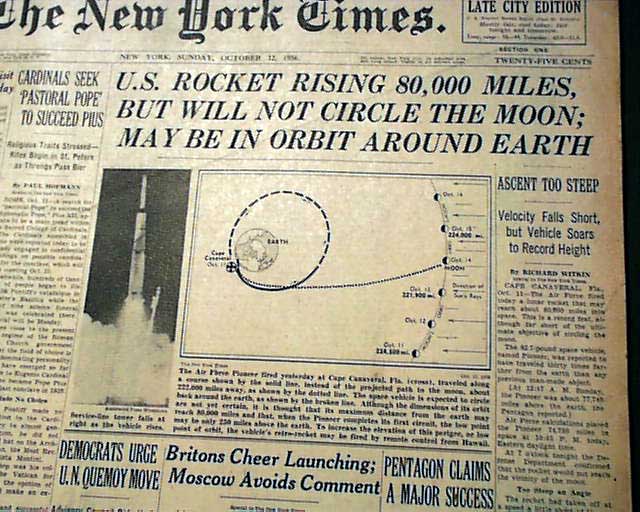 The top of the front page has a five column headline: "U.S. ROCKET RISING 80,000 MILES, BUT WILL NOT CIRCLE THE MOON; MAY BE IN ORBIT AROUND EARTH'" with subheads related photo and diagram. Much more on pages 56 & 57, loads of text. First report coverage on the launch of "Pioneer 1" which became the first spacecraft launched by NASA, the newly formed space agency of the United States. Nice to have in this famous NYC publication.
Complete 1st section only with all 144 pages, minor wear at the margins, generally very nice..