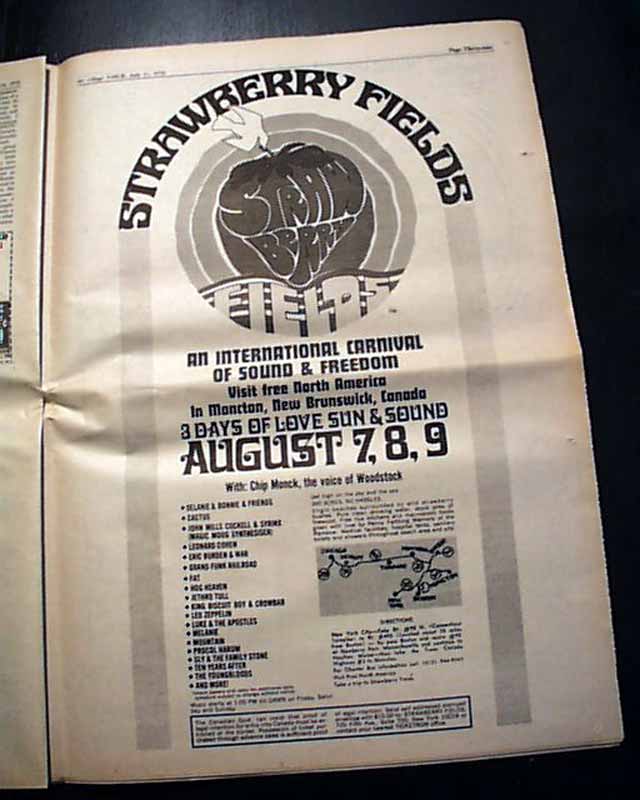 Page 39 has a full page advertisement for the "Strawberry Fields" music festival (Canada) which was going to be held the following month, along with another ad for the Powder Ridge Festival.  Also present are large ads for albums and/or concerts for Eric Clapton, Jim Morrison, Mick Jagger, and more.

Background: The Village Voice was an American counter-culture newspaper known for being the country's first alternative newsweekly. It introduced free-form, high-spirited, and passionate journalism into the public discourse - a tradition it maintained throughout its 60+ year history. It is quite common to find great political cartoons, editorials, and ads and reviews for both concerts and theater productions - both on and off Broadway. Many iconic writers and musicians credit their appearance in The Village Voice for at least a portion of their success. 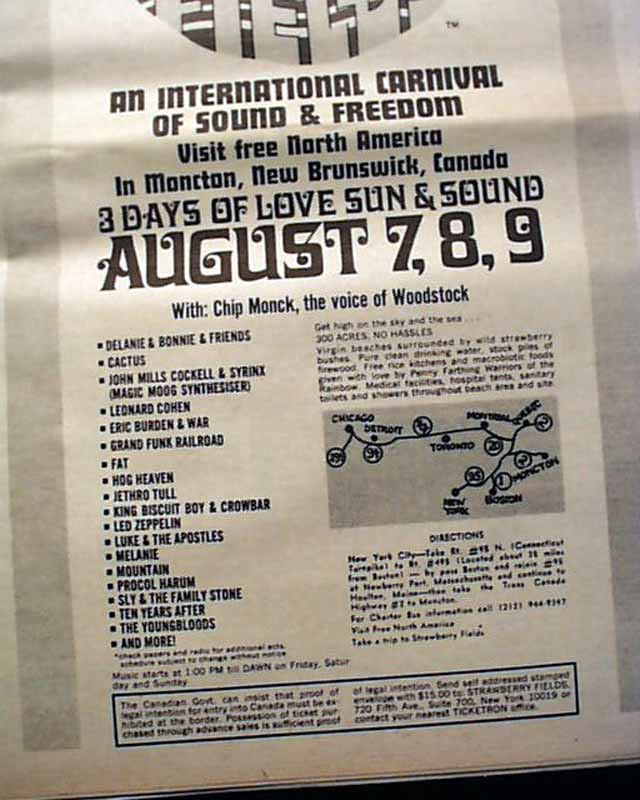 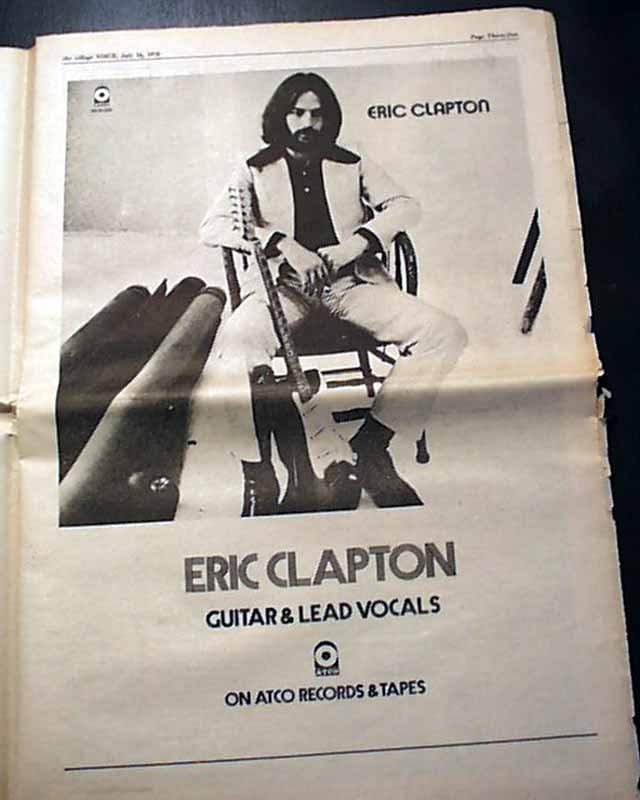 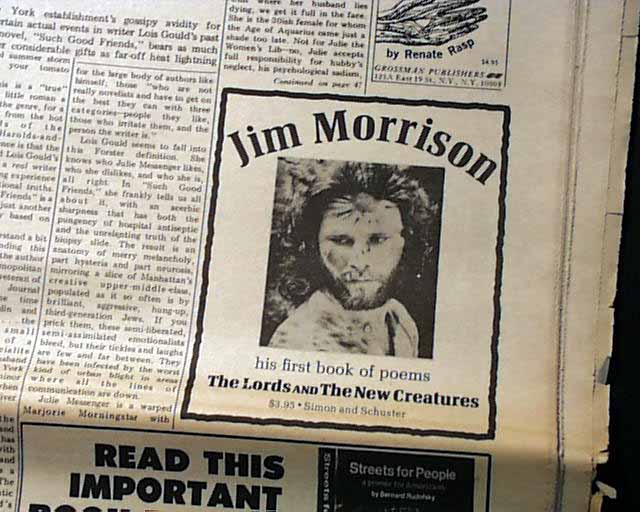 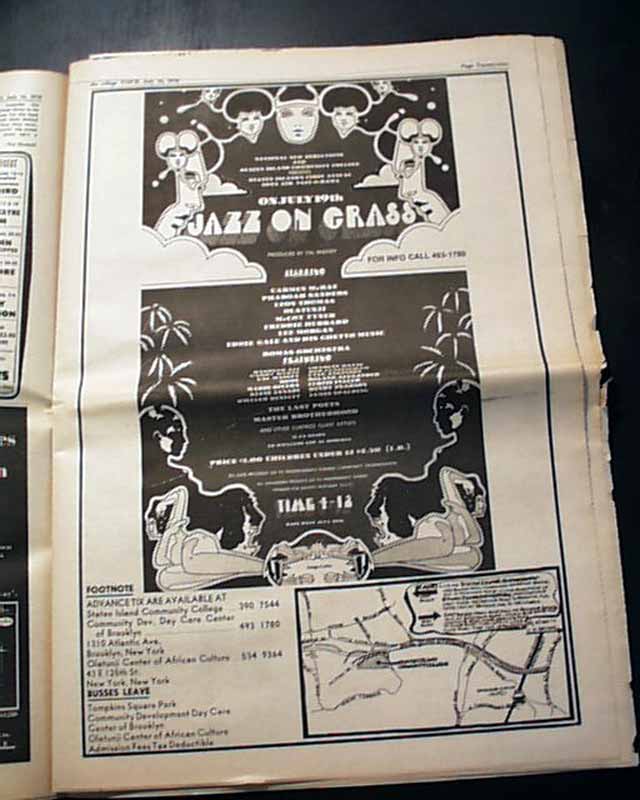 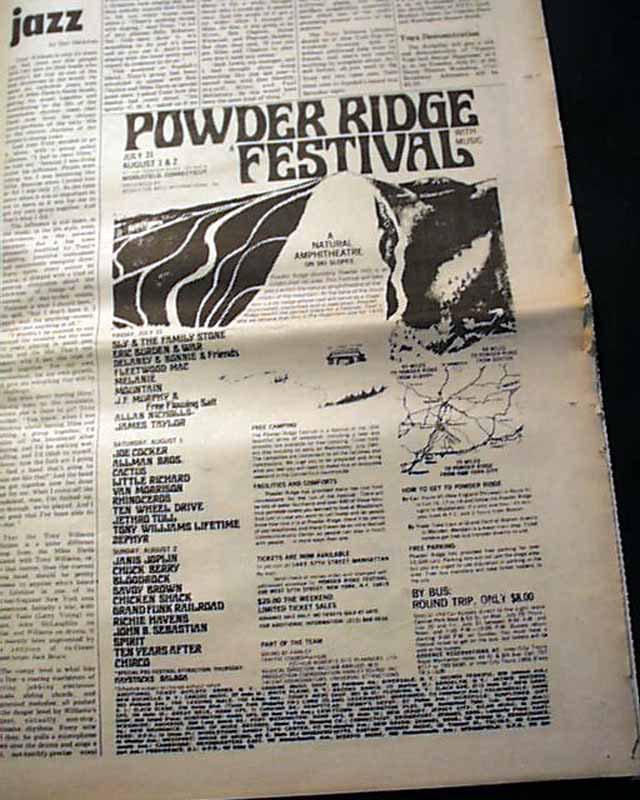 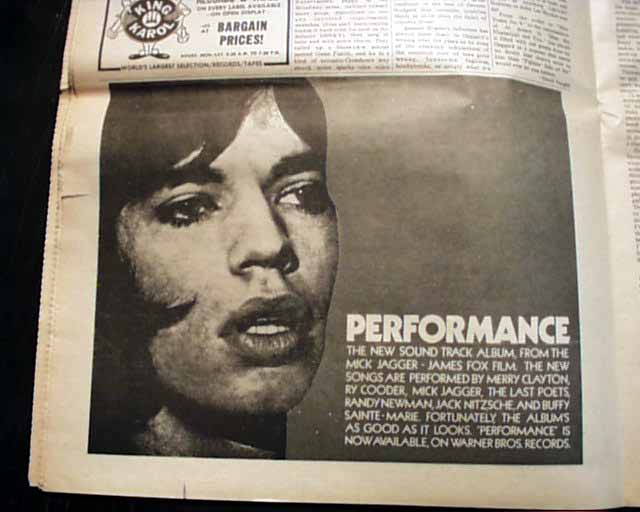 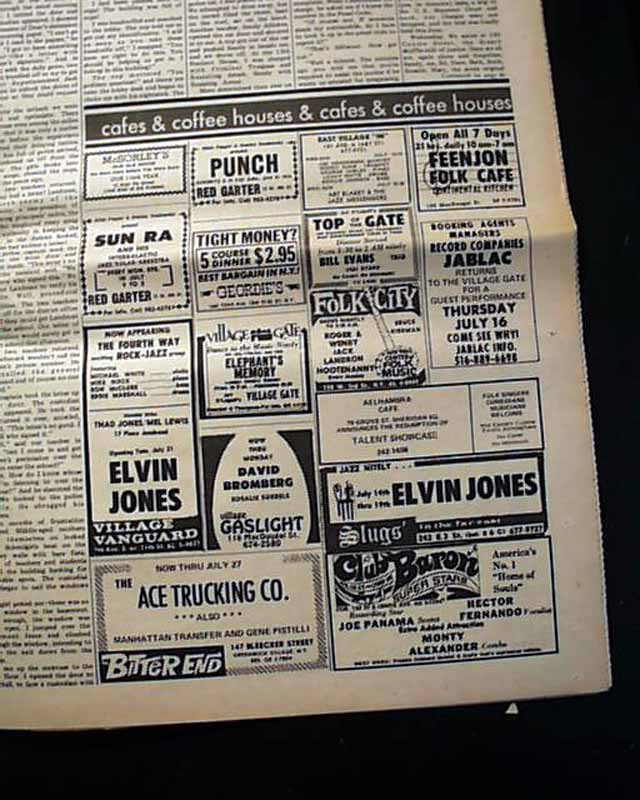 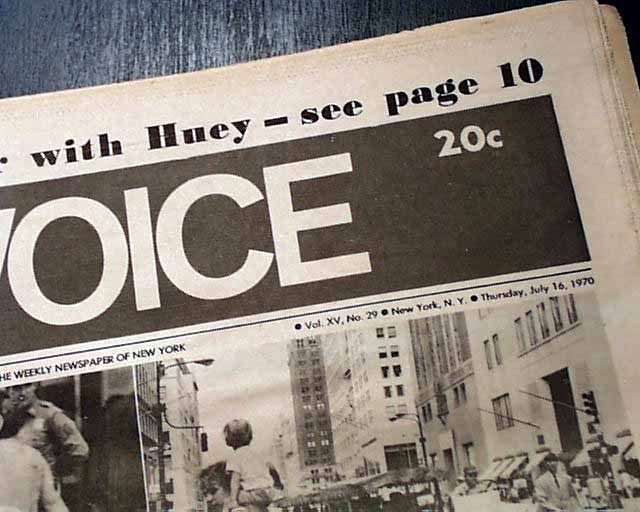 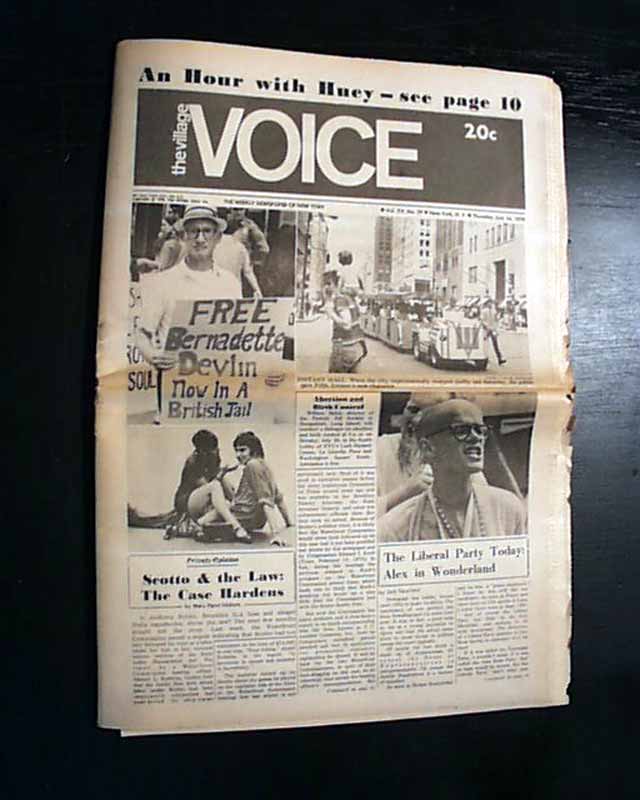