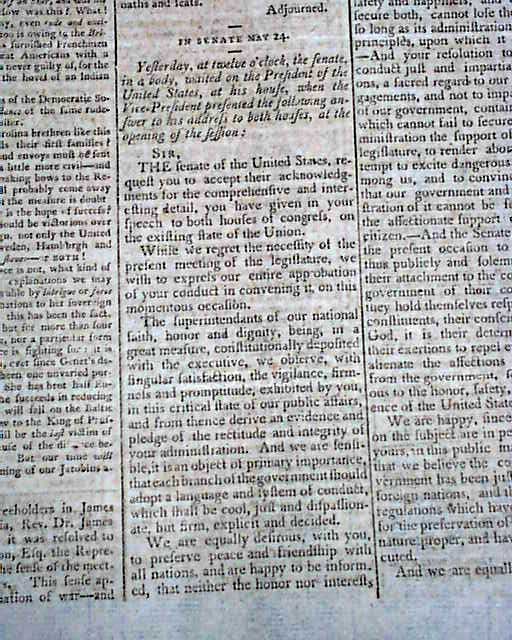 Page 3 has 1 1/2 columns taken up with a speech prefaced with: "Yesterday...the senate...waited on the President...at his house, when the Vice-President presented the following answer to his address to both houses, at the opening of the session:" The address begins: "Sir, The senate of the United States request you to accept their acknowledgements for the comprehensive & interesting detail you have given in your speech to both houses of congress on the existing state of the Union..." with much more. It is signed in type: Thomas Jefferson, Vice President. And this is followed by the President's reply signed in type: John Adams.
Four pages, very nice condition.