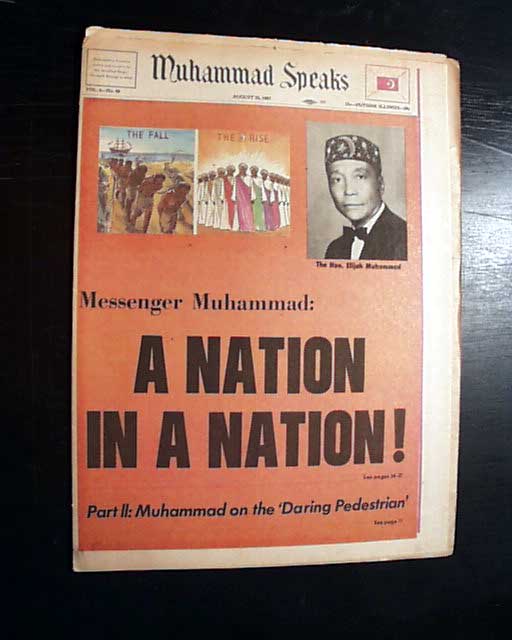 The front page has: "Messenger Muhammad: A NATION IN A NATION!", which includes a photo of "The Hon. Elijah Muhammad" with a related article inside.
Other articles within: "Revolt Against Viet War Splits 'White Power' "Eye-Witness Tells of Storm-Trooper Shooting of Black Youths" "Women in Islam" and so much more. The tack page is taken up with: "The Muslim Program - What the Muslims Want" and "What the Muslims Believe".
The issue is complete in 28 pages, nice condition.
Note: This newspaper was one of the most widely-read that was produced by an African American organization. Nation of Islam leader Elijah Muhammad (photo on the ftpg.) began the publication on May 1960 as a weekly publication. It was distributed nationwide by the Nation Of Islam and covered current events around the world as well as relevant news in African American communities, especially items concerning the Nation of Islam.