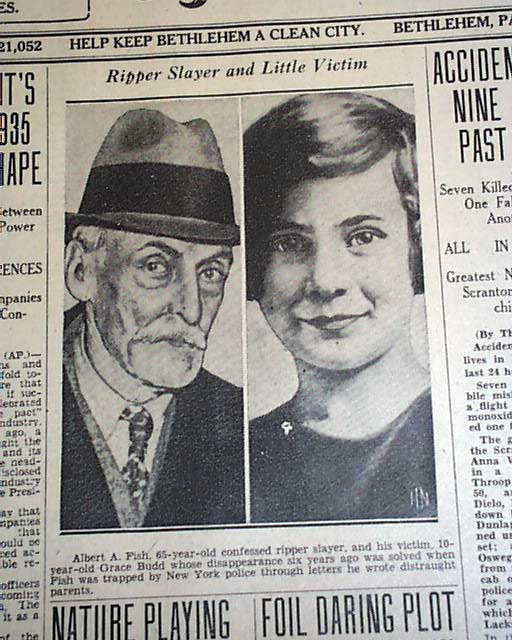 The front page has two photos side by side showing Albert Fish and his young victim, Grace Budd with heading: "Ripper Slayer and Little Victim" with brief text underneath. (see)
Other news, sports and advertisements of the day. Complete in 12 pages, light toning at the margins, nice condition.