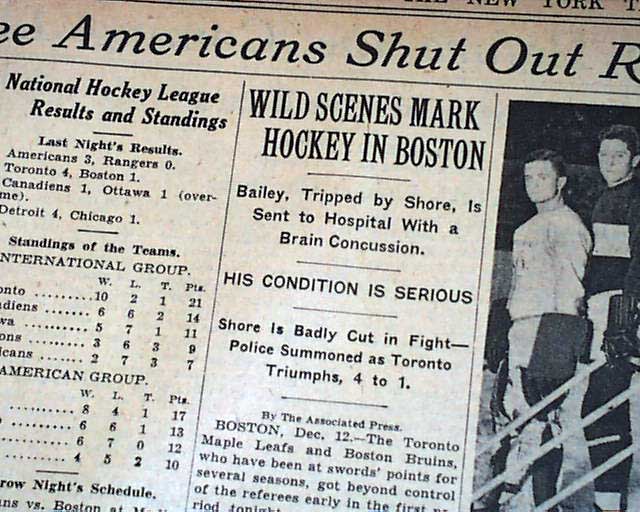 The sport's section (page 33) has a one column heading: "WILD SCENES MARK HOCKEY IN BOSTON" with subheads that include: "Bailey, Tripped by Shore, Is Sent to Hospital With a Brain Concussion" and more. First report coverage on Toronto Maple Leafs player, Ace Bailey, being hit from behind by Eddie Shore and fracturing his skull and ending his career. Bailey's jersey was the first ever to be retired by an NHL team.
Other news, sports and advertisements of the day. Complete in 48 pages, light toning and minor wear at the margins, generally very nice.