Home > Back to Search Results > George Washington in the French & Indian War...
Click image to enlarge 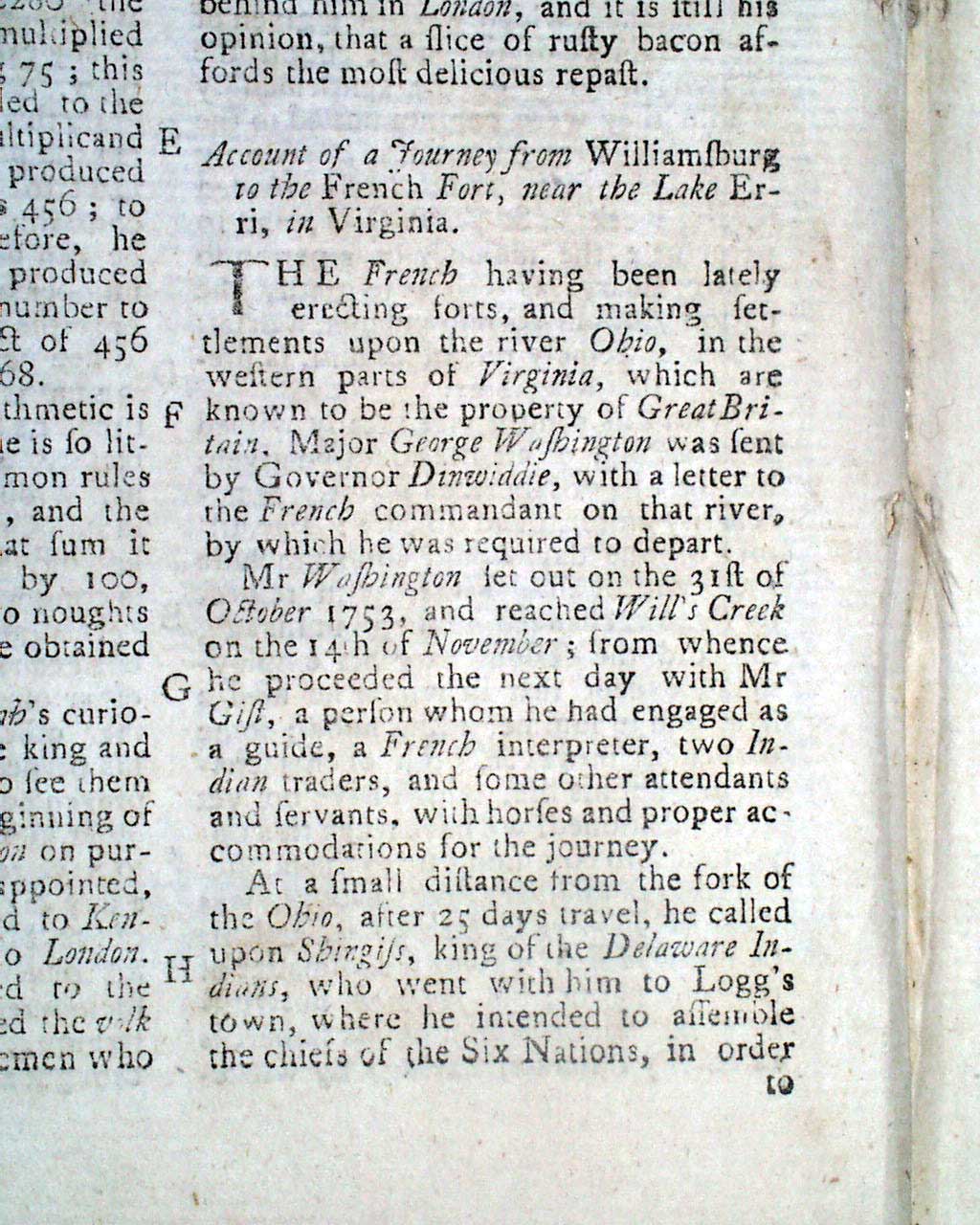 A very rare opportunity for a periodical which mentions George Washington long before he would become more famous 20 years later.
An inside page has a nice article titled: "Account of a Journey from Williamsburg to the French Fort near the Lake Erie in Virginia" which begins: "The French having been lately erecting forts & making settlements upon the river Ohio, in the western parts of Virginia, which are known to be the property of Great Britain, Major George Washington was sent by Governor Dinwiddie with a letter to the French commandant on that river...Mr. Washington set out on the 31st of October, 1753..." with more on the journey There are least 12 additional mentions of Washington (see) in the article which takes over 2 1/2 pages. Washington was only 22 years old at the time.
Not only a very early military report on Washington, but a lengthy & detailed one as well. This issue  has claim to being the earliest periodical we have ever found in our 40+ years in the business with mention of George Washington.
There are many other articles within including: "An Account of a Compleat Cure of a Fracture of the Tendo Achillis..." which is accompanied by a full page plate showing how the "cure" is managed (see). Also: "An Account of a Journey into the Northernmost part of Lapland..." and so much more.
Near the back is the "Historical Chronicle" with the latest news reports including some under the heading "America", including a report of a slave insurrection in Jamaica (see).
Only one of the two plates mentioned are present..
Complete in 48 pages, full title/contents page featuring an engraving of St. John's Gate, 5 3/4 by 8 3/4 inches with wide untrimmed margins, great condition. 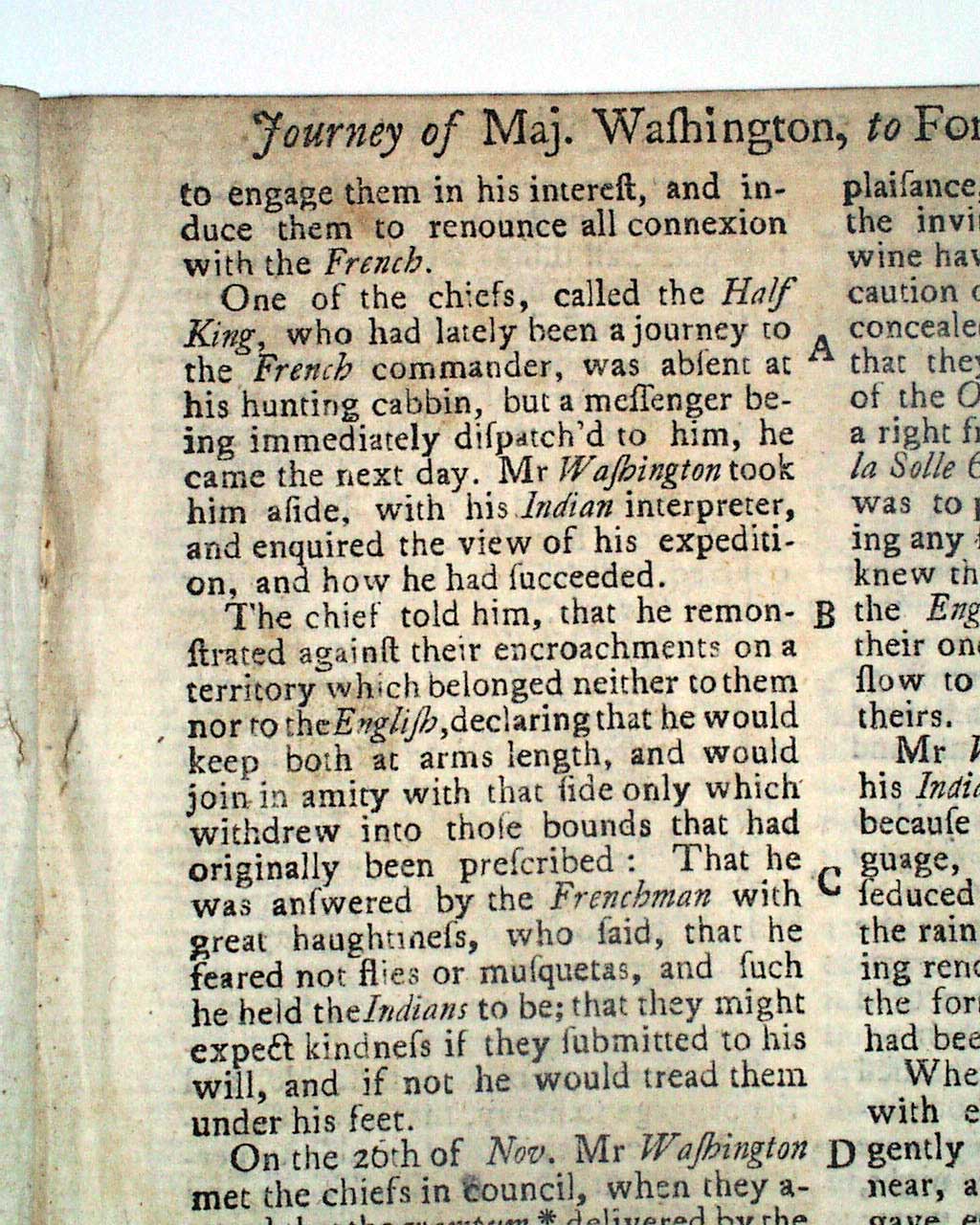 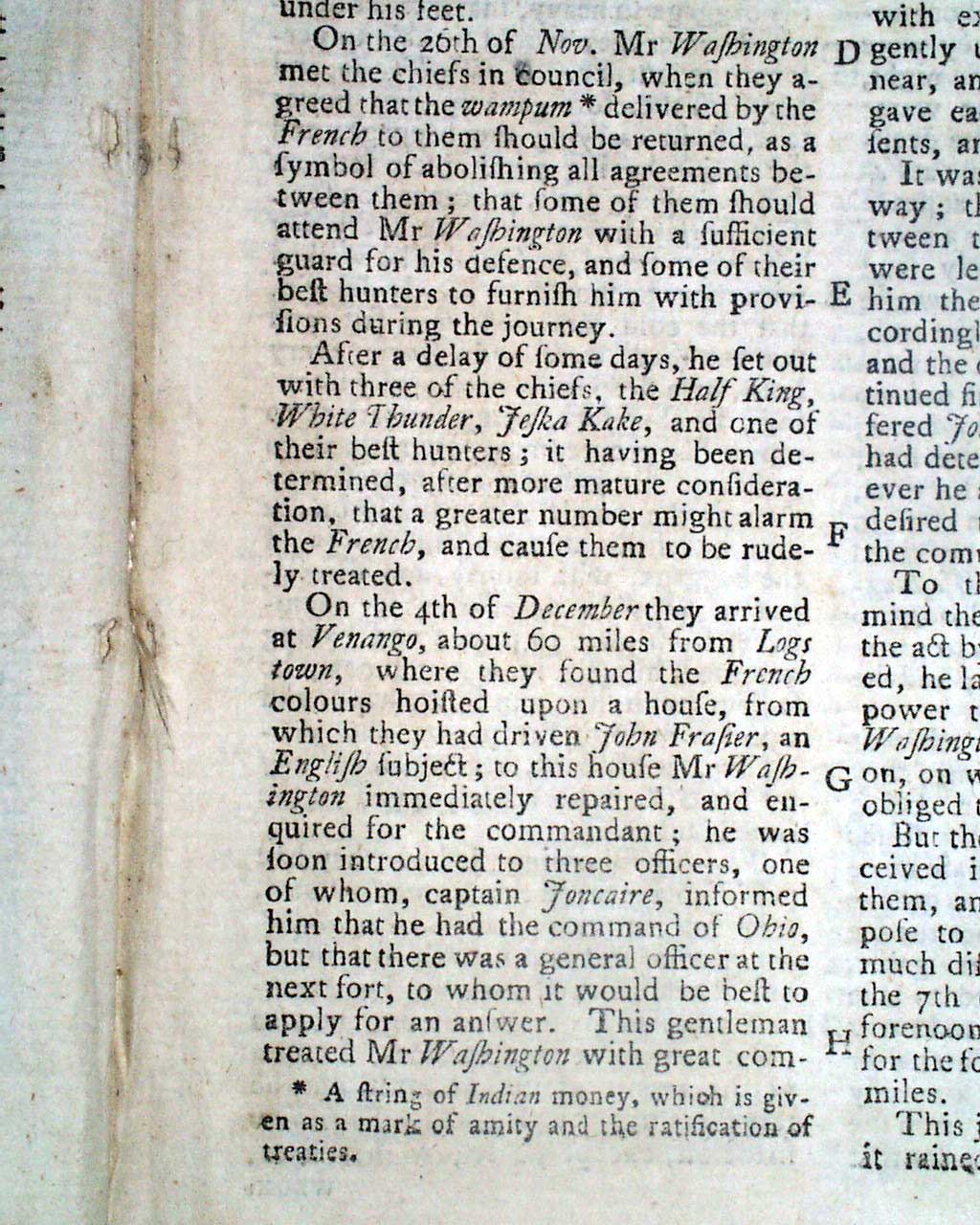 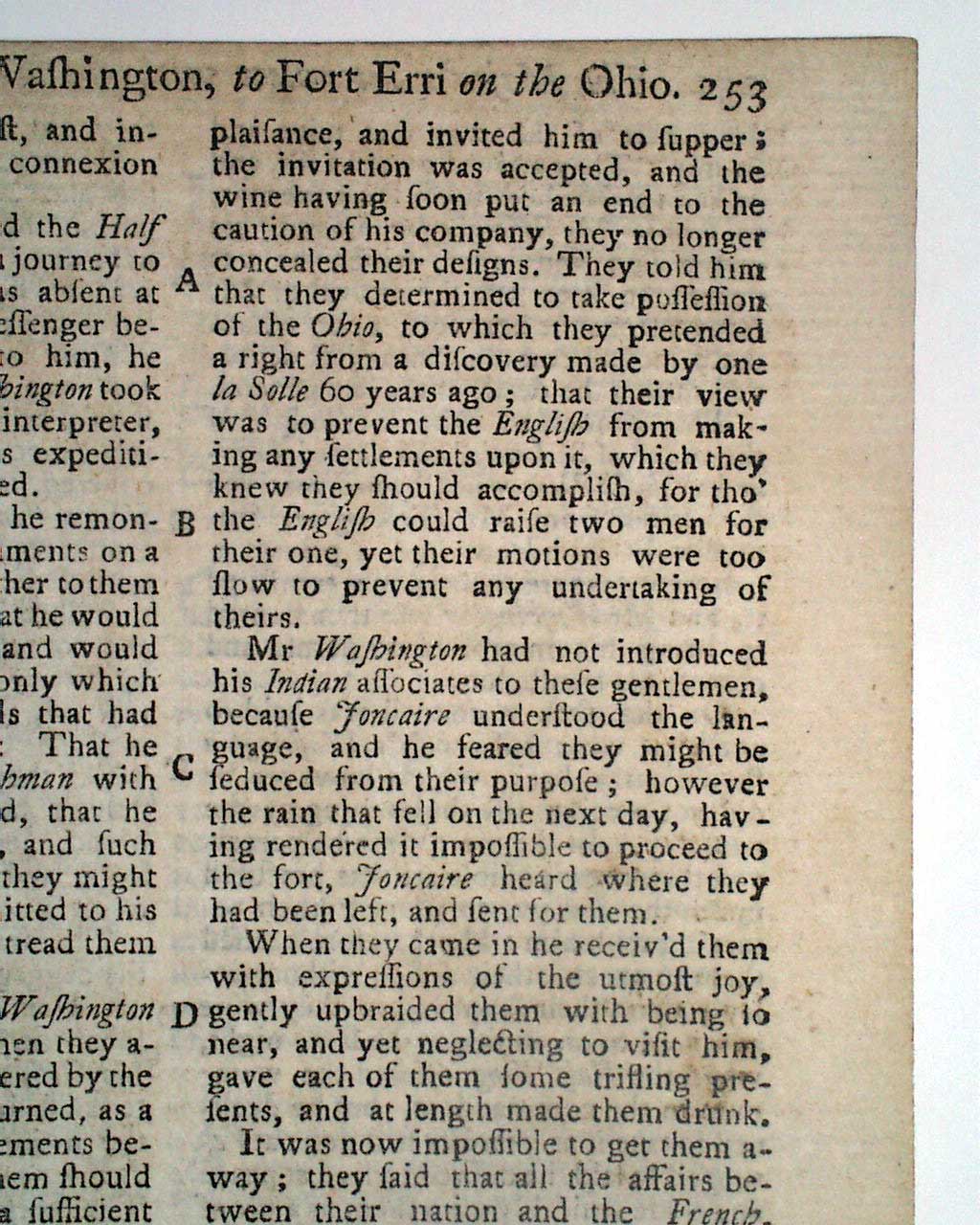 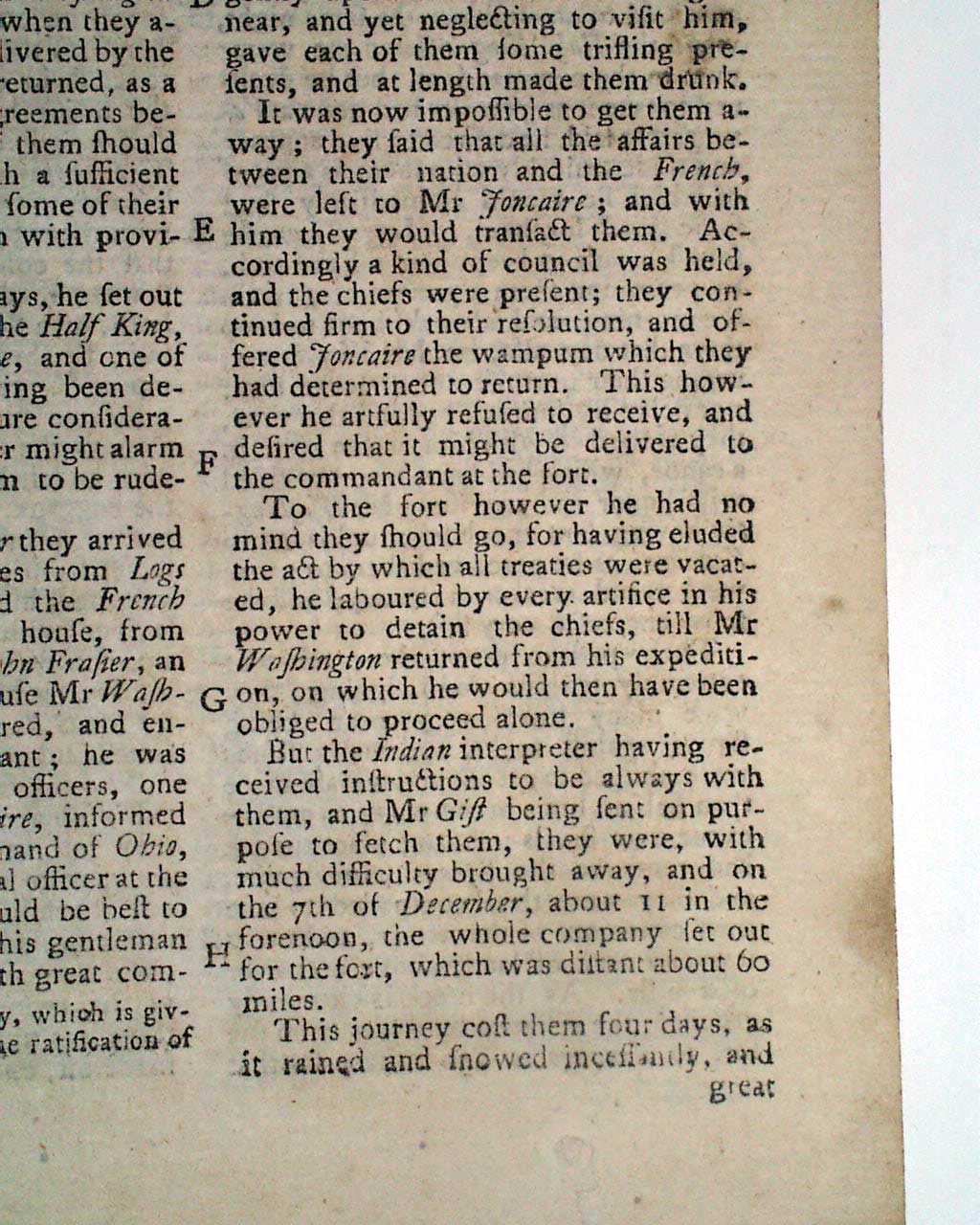 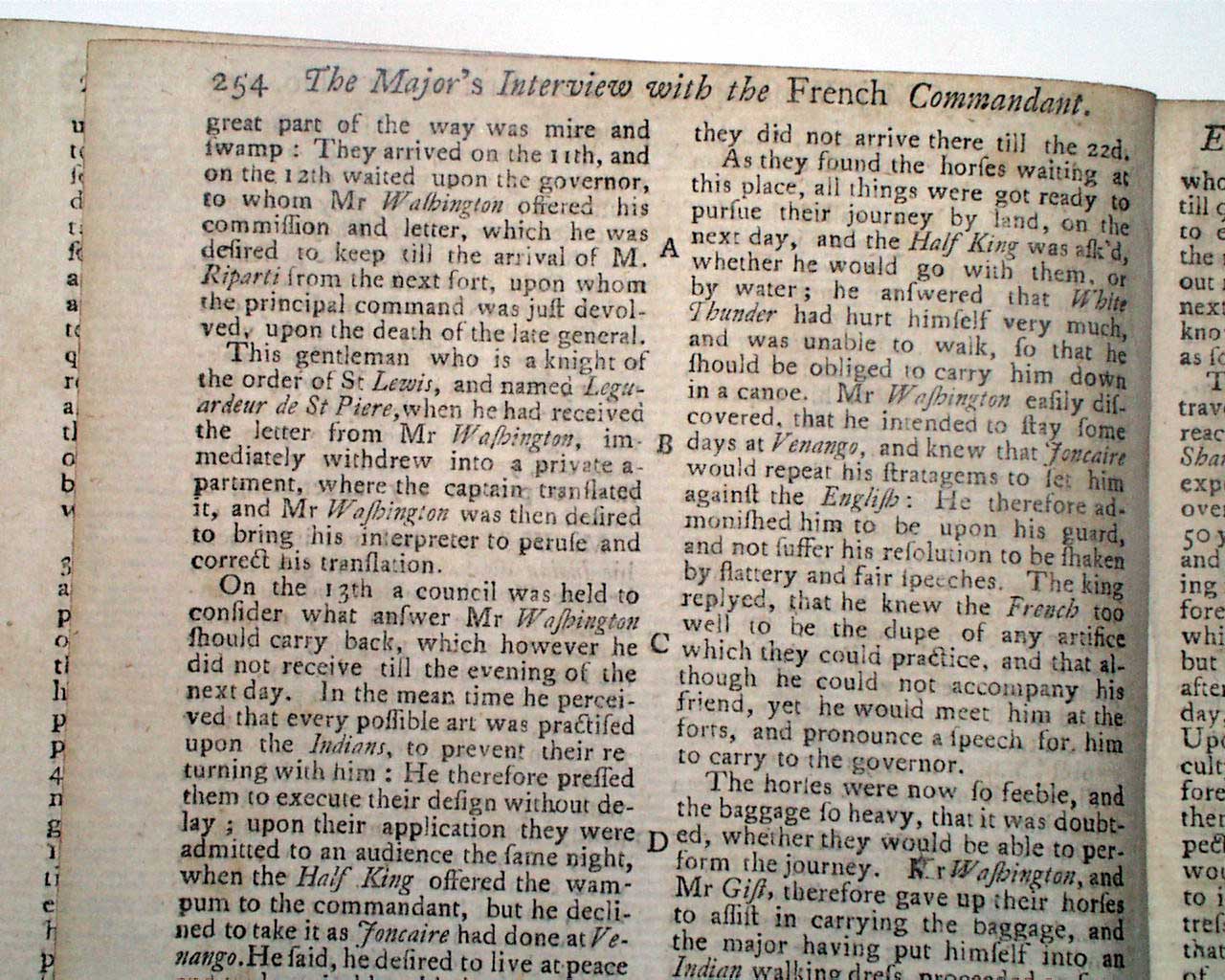 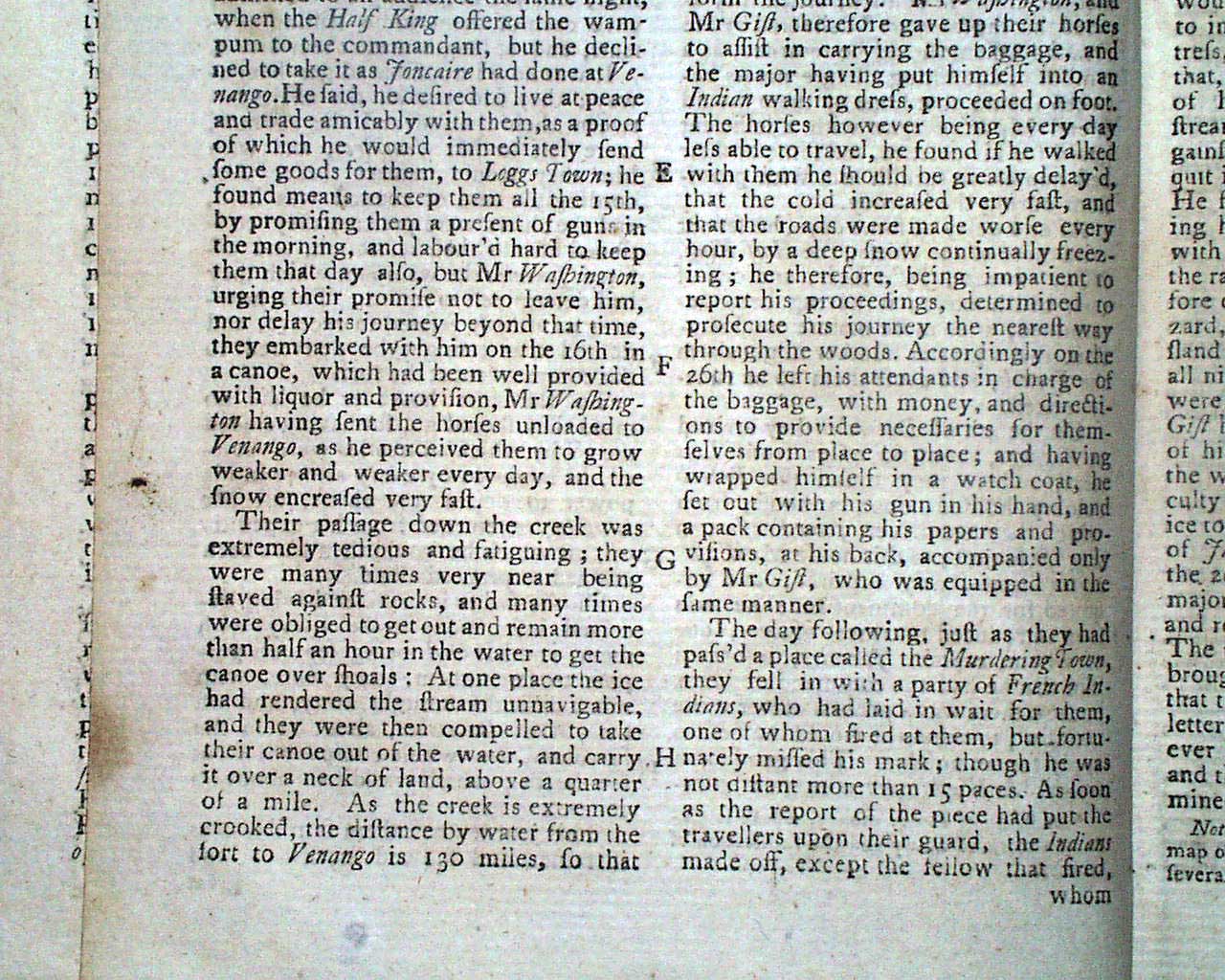 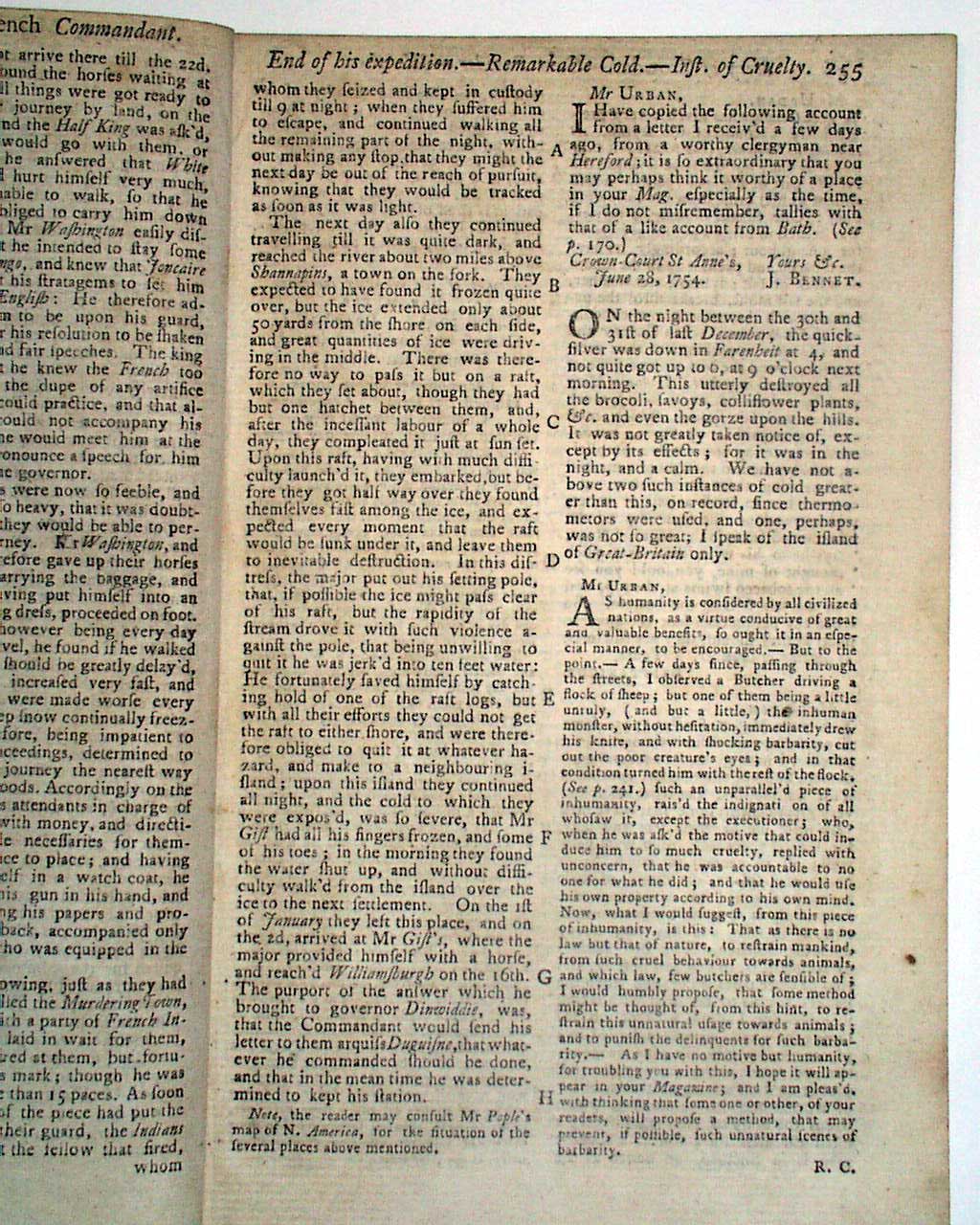 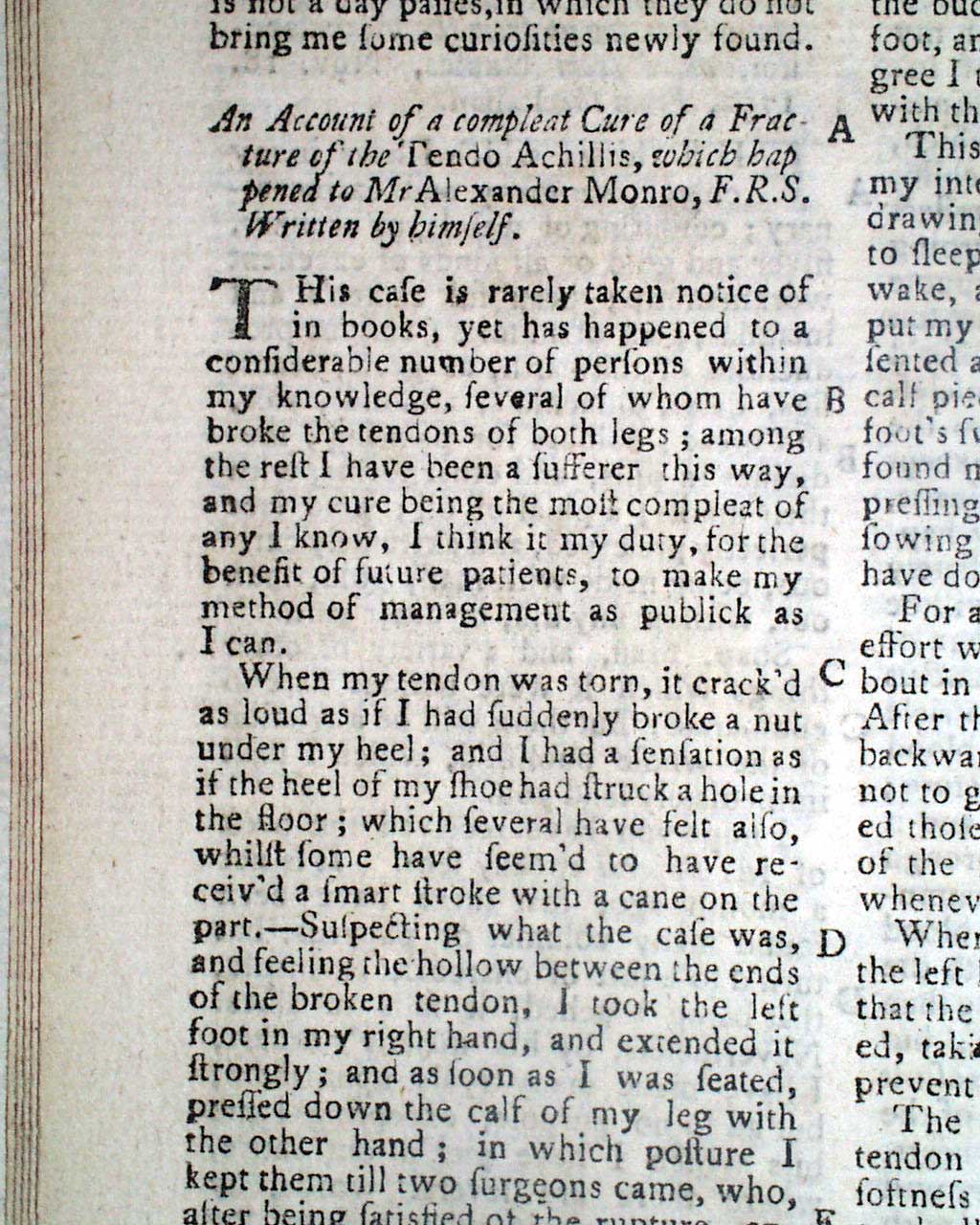 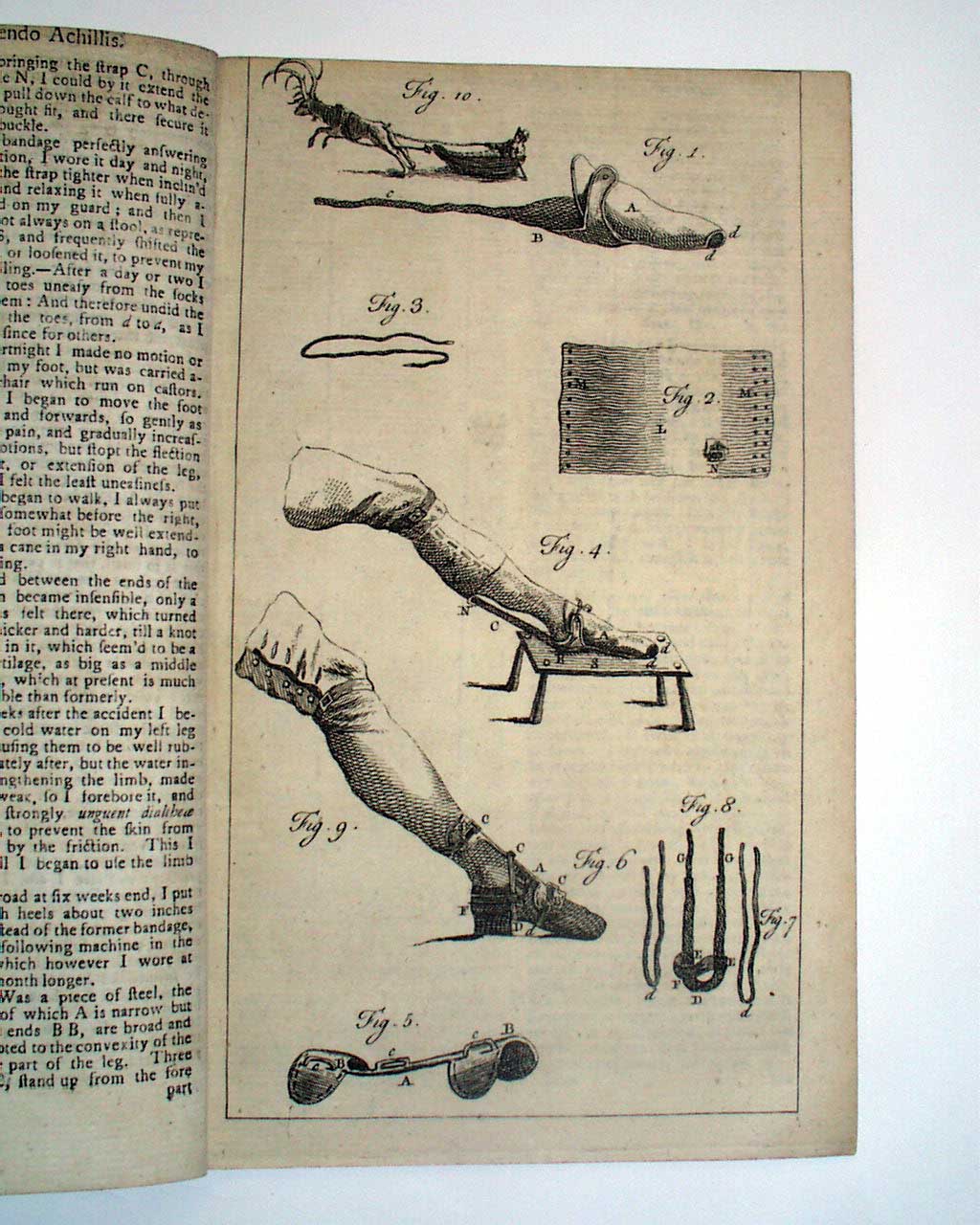 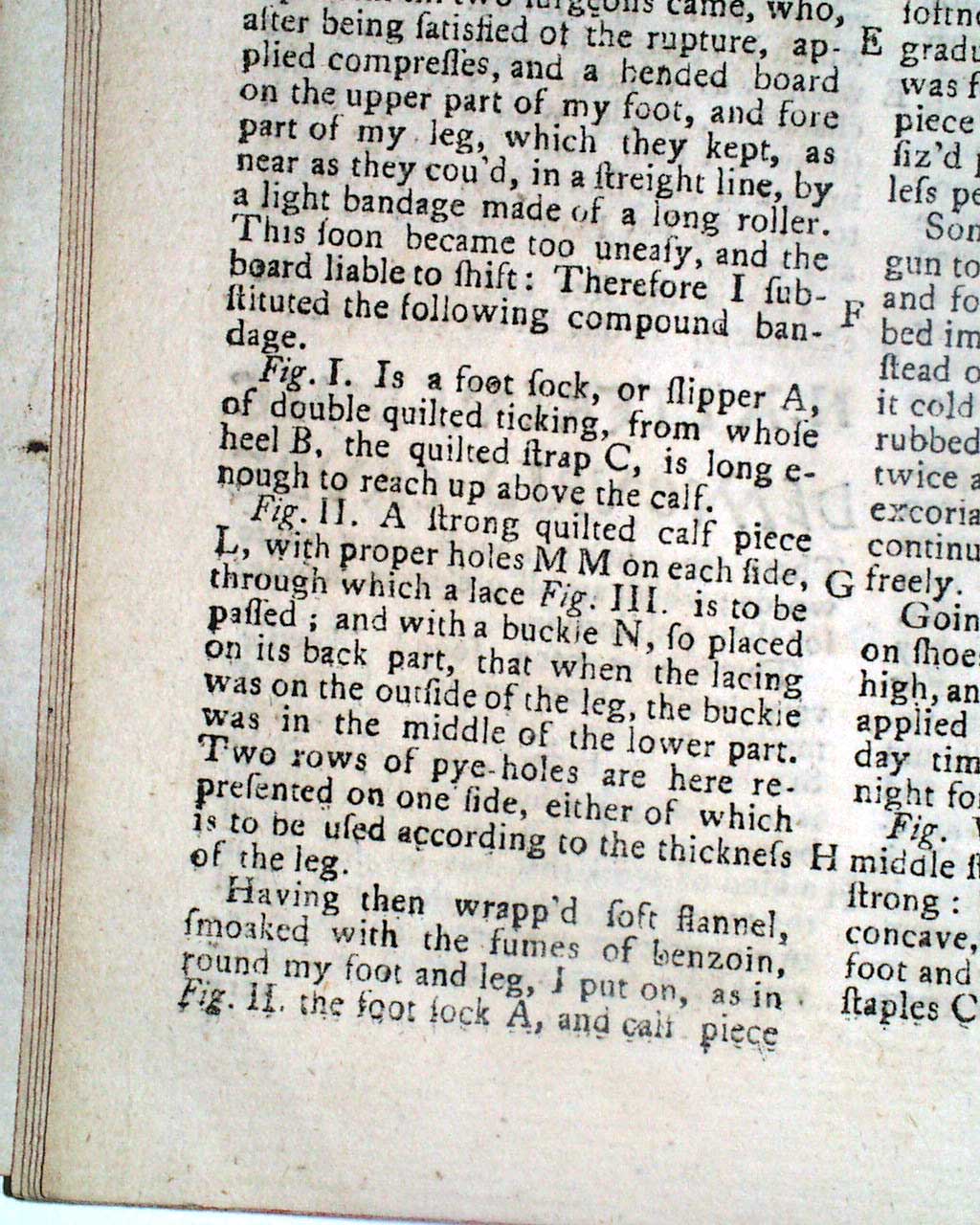 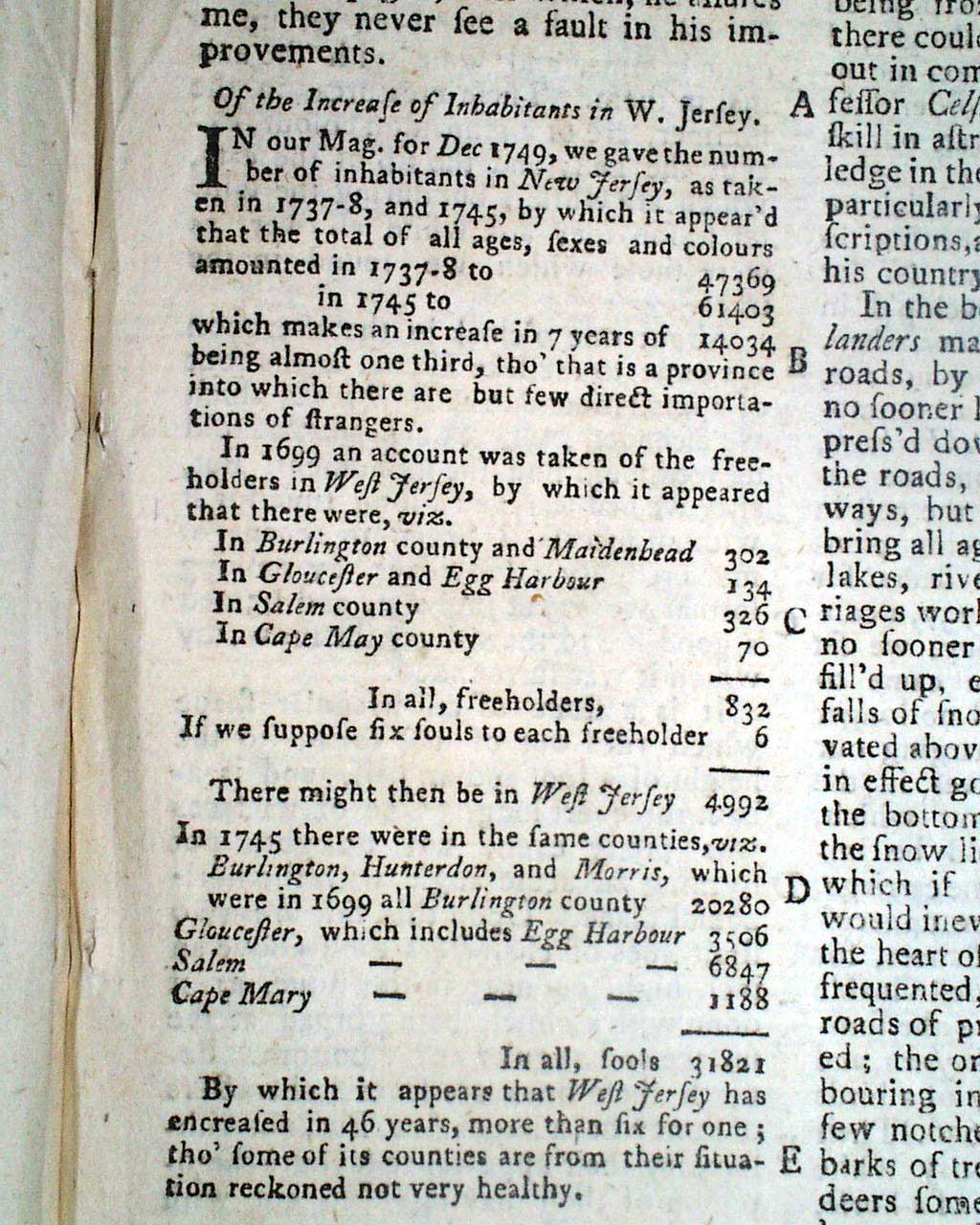 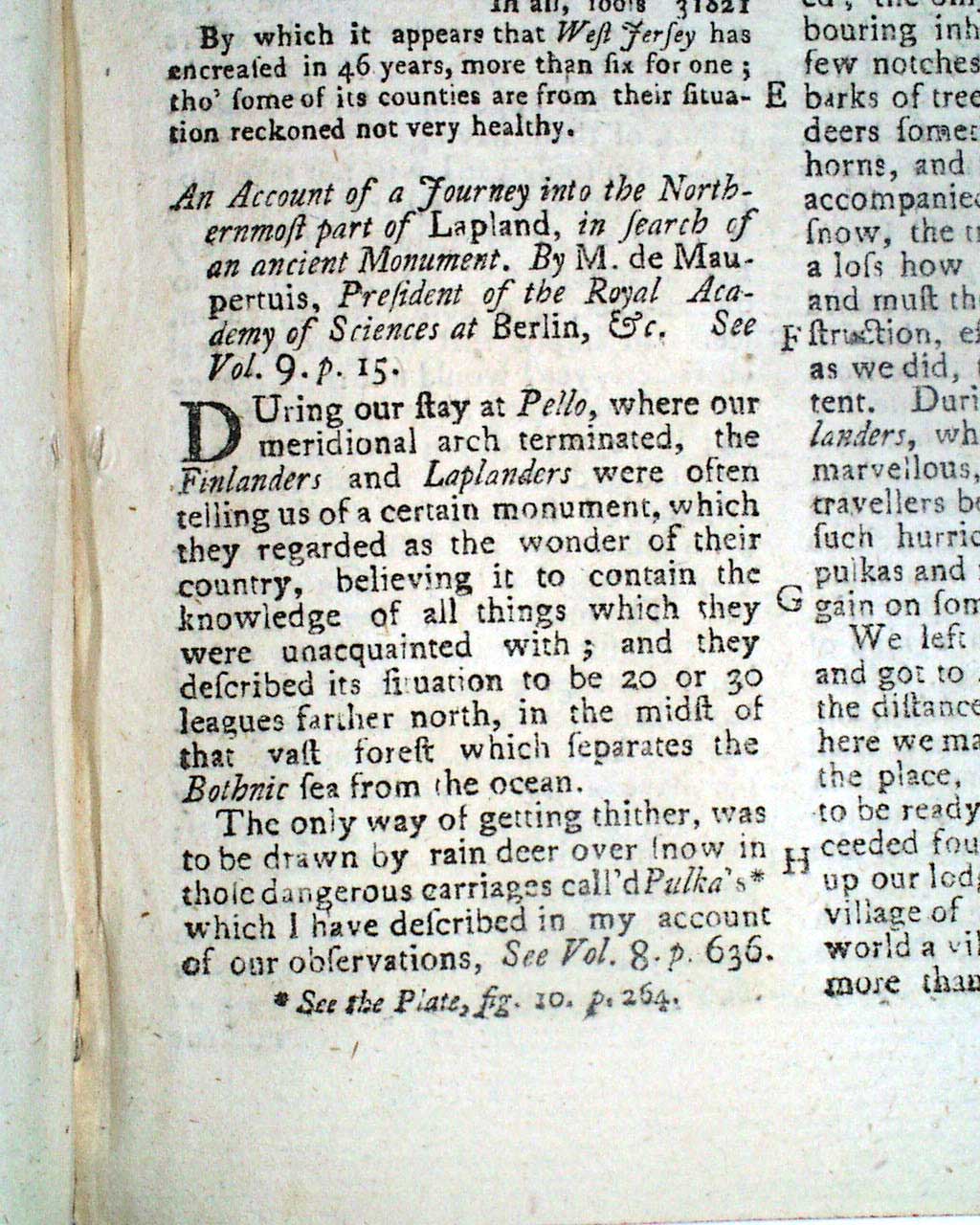 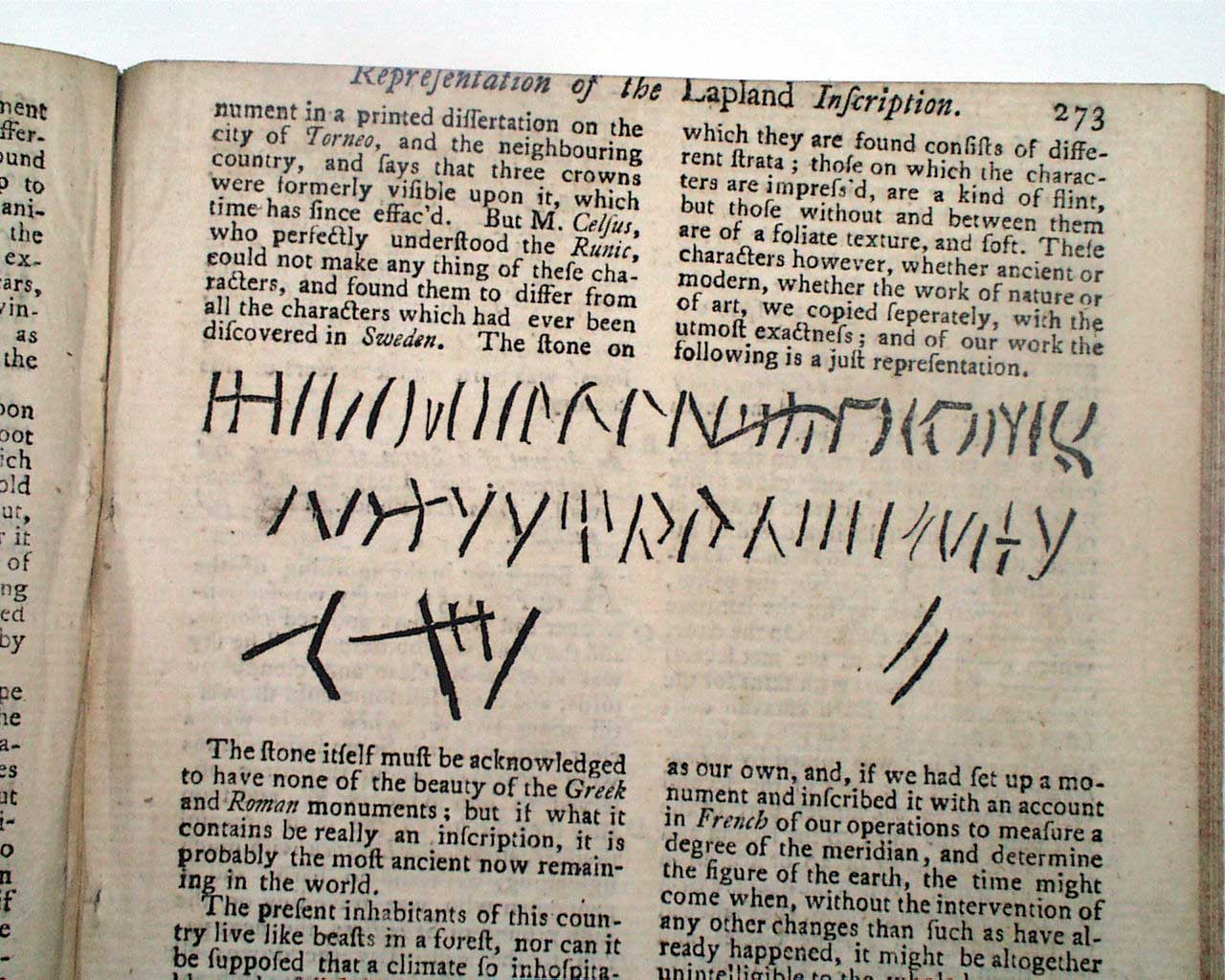 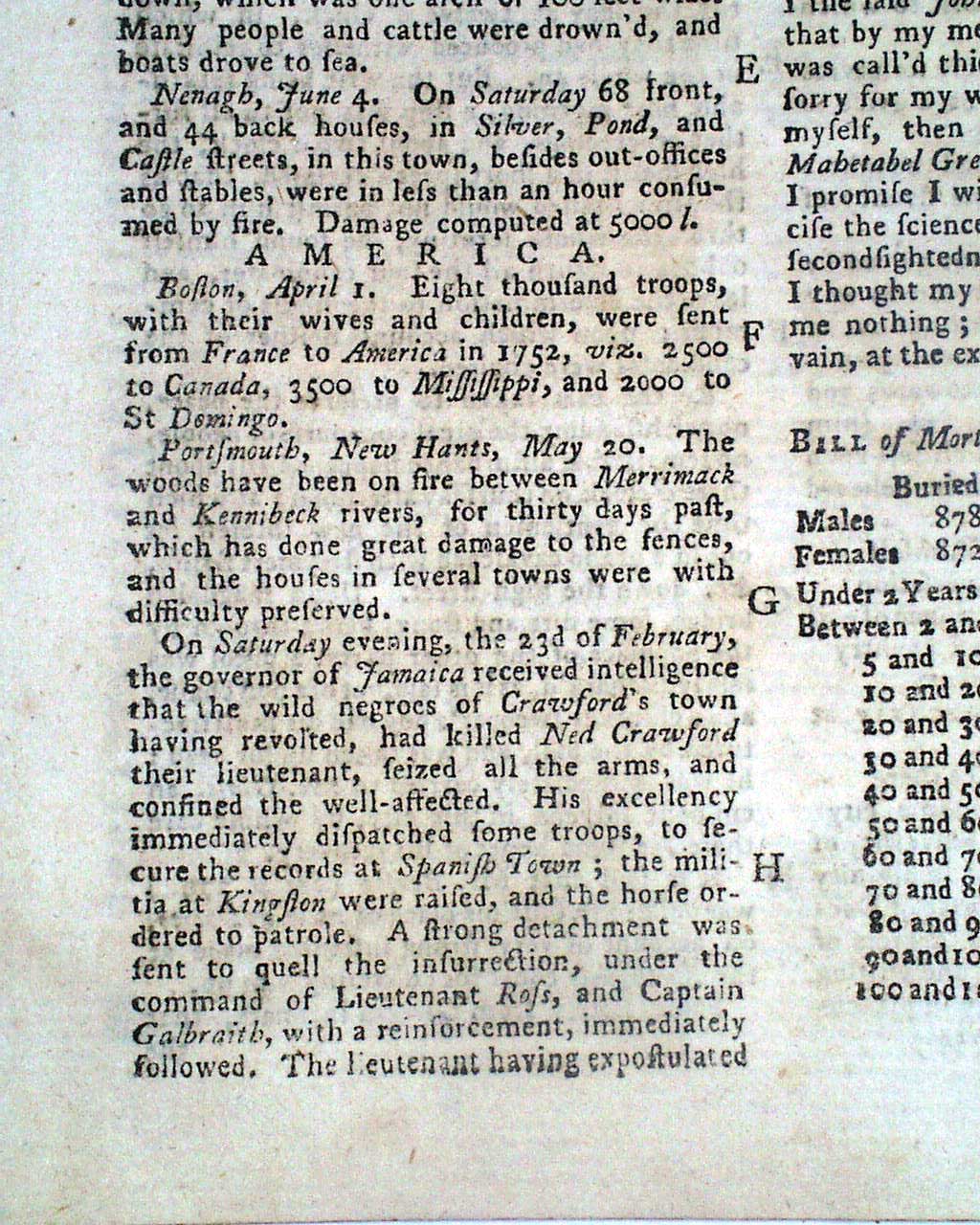 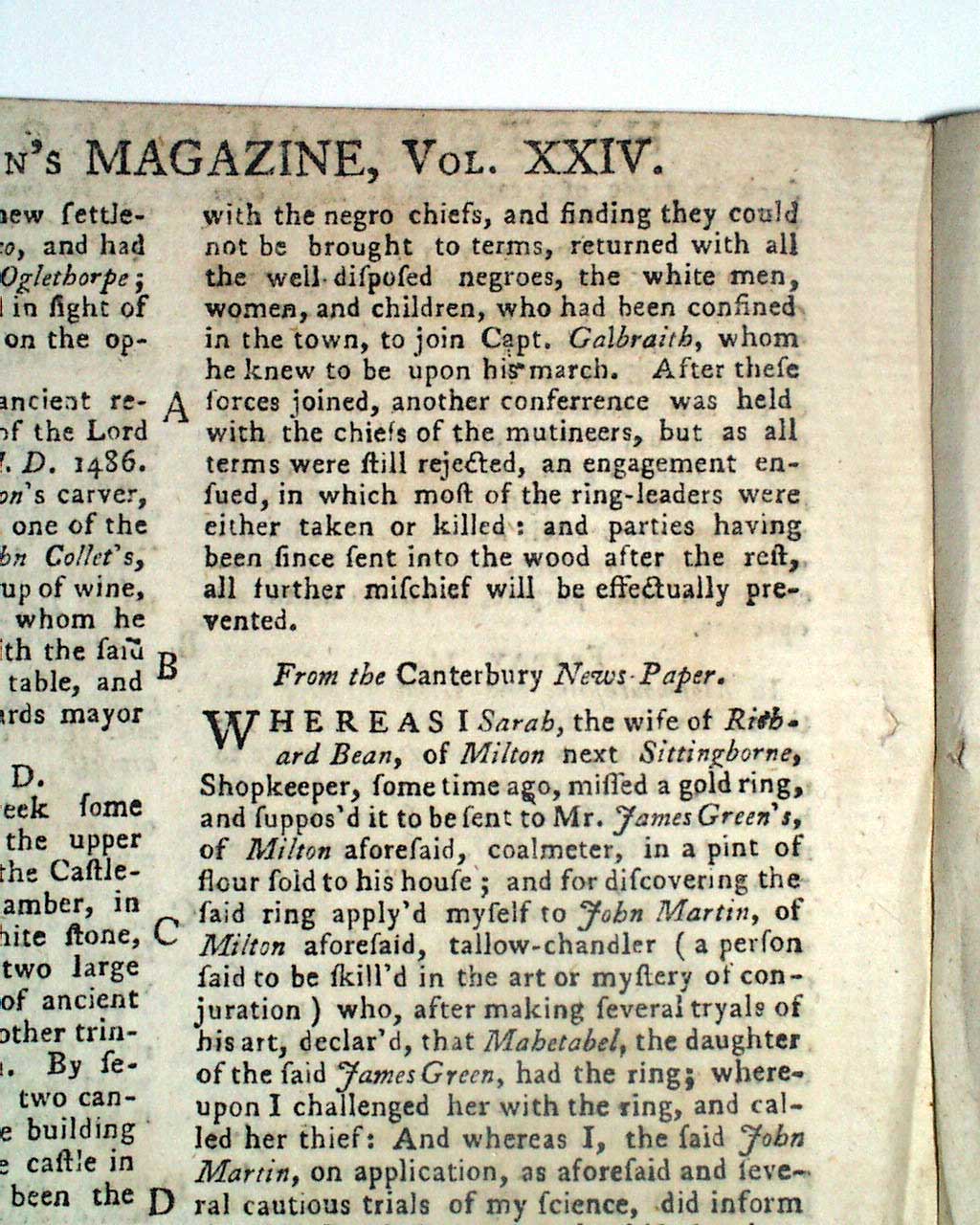 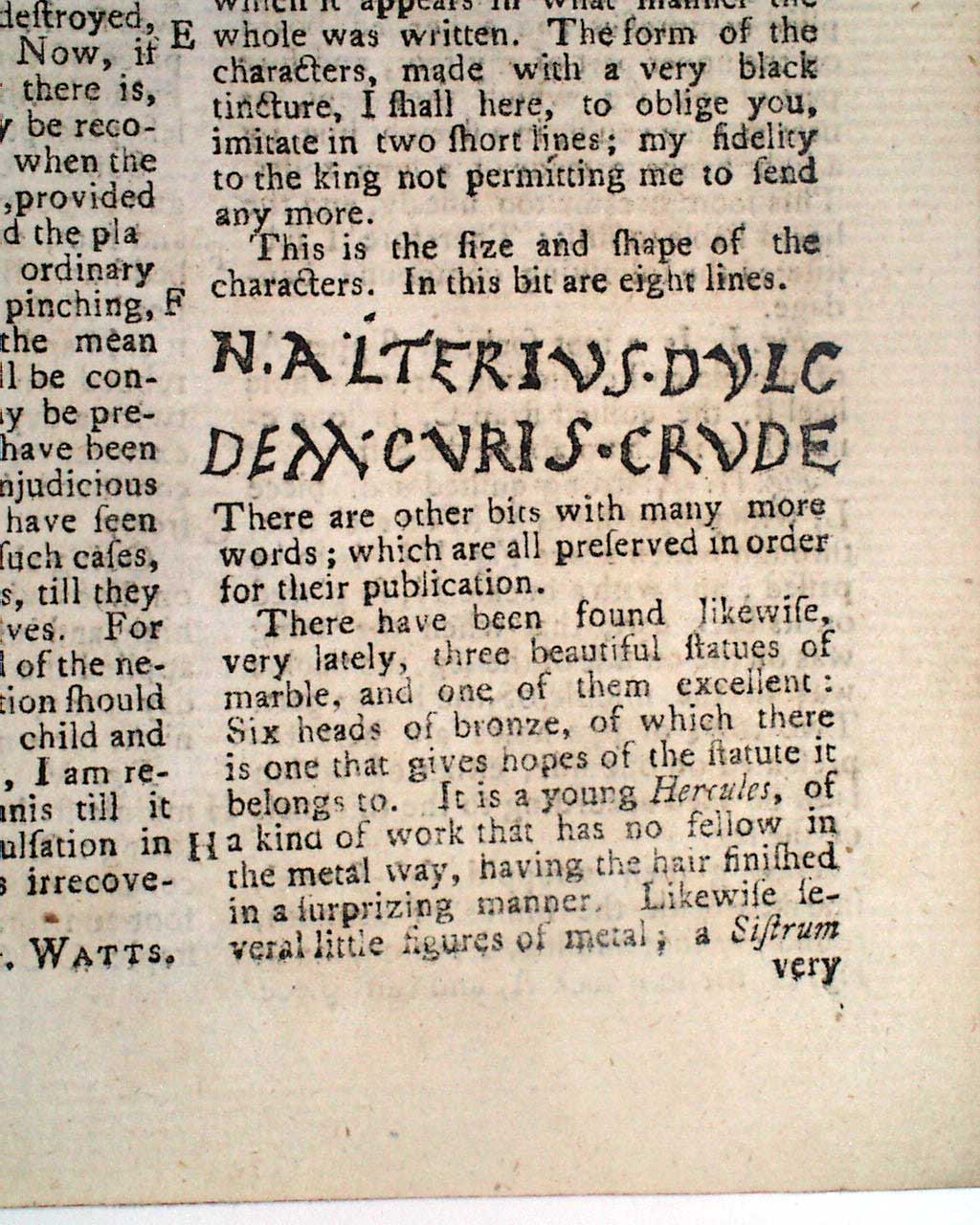 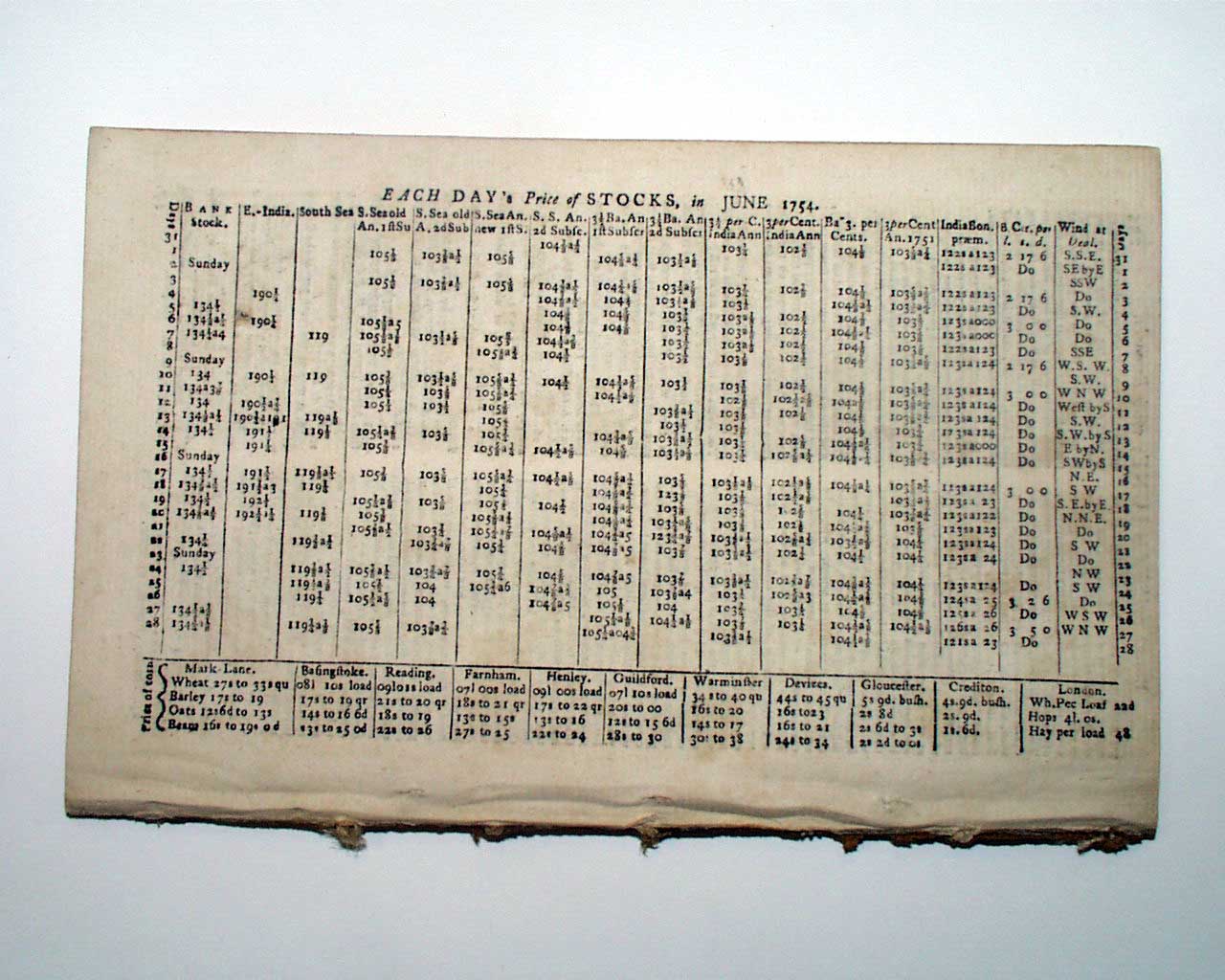 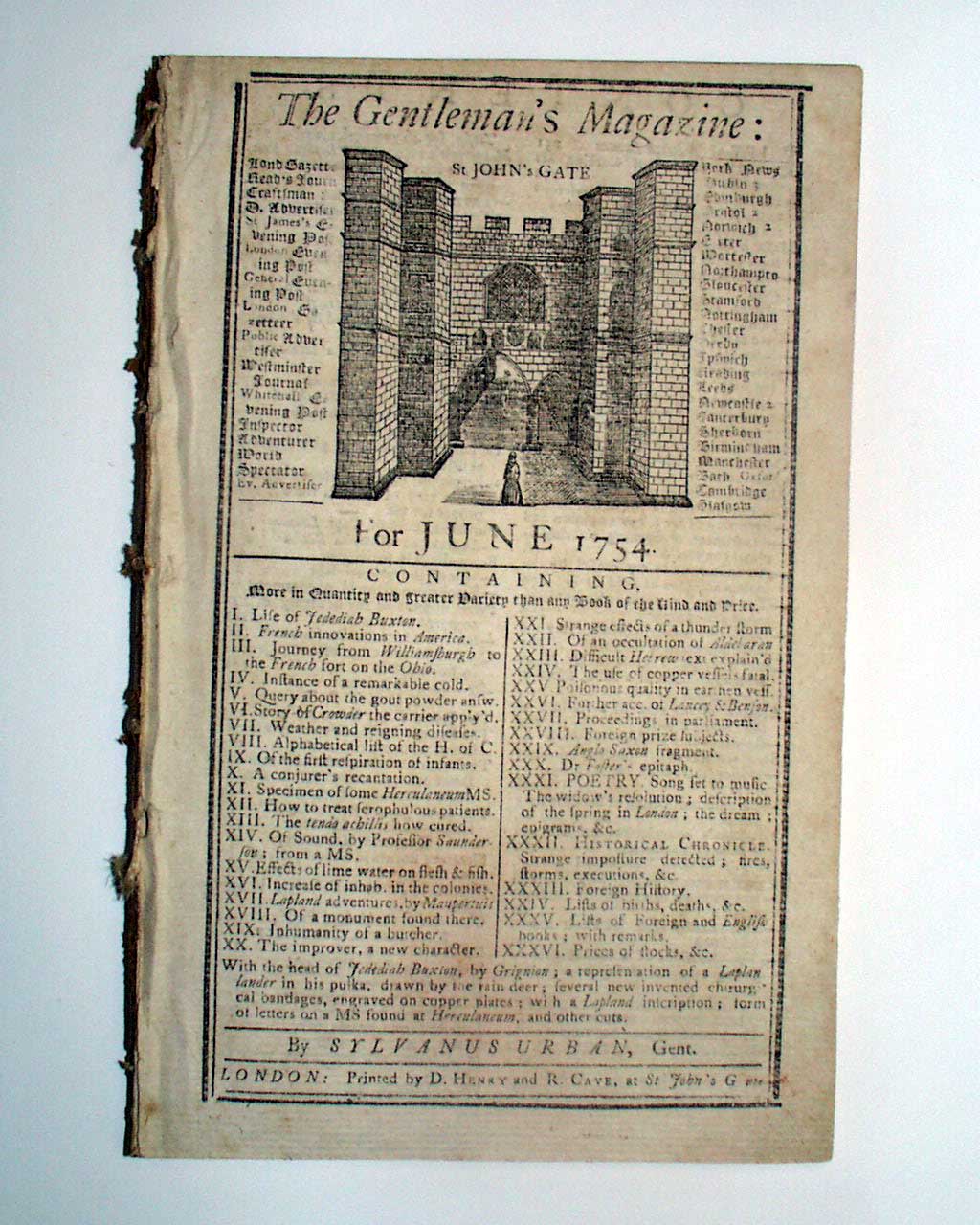