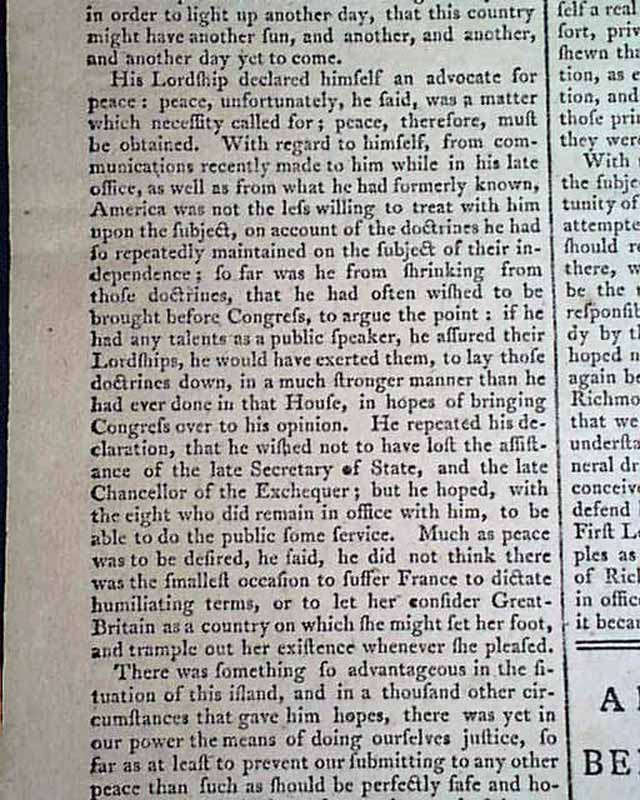 The entire front page & some of page 2 are taken up with "Interesting Conversation on the late Change of Ministers" from the Houses of Lords. This was when Lord North, bowing to the growing pro-peace sentiment in Parliament, was replaced by Lord Rockingham as Prime Minister of England.
The back page reporting includes: "...Having boldly defended the measures, his Lordship again adverted to American independency and reminded the House that he had formerly used some marked expressions on the subject. He had said, the sum of Great Britain was set, when the independency of America was avowed..." with more (see for portions).
Pg. 3 has various news reports, some having some connection to the Revolutionary War.
Complete in 4 pages, very nice condition.