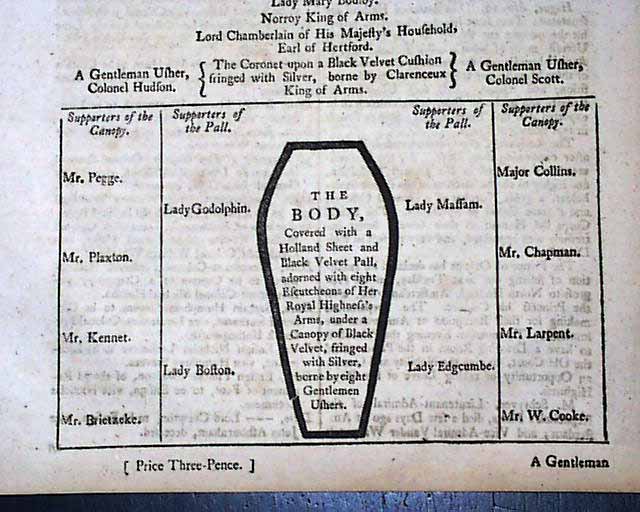 
THE LONDON GAZETTE, England, May 24, 1768  The entire front page appears more as a broadside, being a one column report on the funeral of: "...her late Royal Highness Princess Louisa-Anne..." who was interred in the Royal Family vault in King Henry VII's Chapel at Westminster Abbey.
Included is a diagram of the coffin showing the position of the pall bearers which is unusual for this newspaper. Coverage carries over to page 2.
Complete in 4 pages, very nice condition.