Home > Back to Search Results > An Indian chief to visit 'father' Washington...
Click image to enlarge 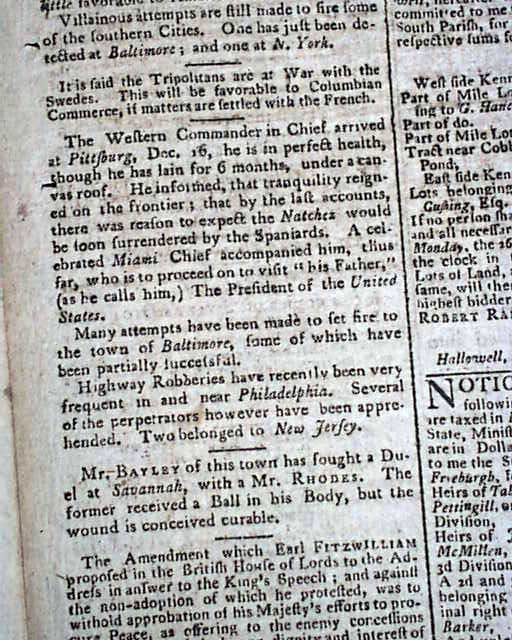 Page 3 has a report from Pittsburgh noting: "...that tranquility reigned on the frontier...there was reason to expect the Natchez would be soon surrendered by the Spaniards. A celebrated Miami Chief accompanied him...who is to proceed on to visit 'his Father', (as he calls him) the President of the United States."
Four pages, never trimmed margins, very nice condition.