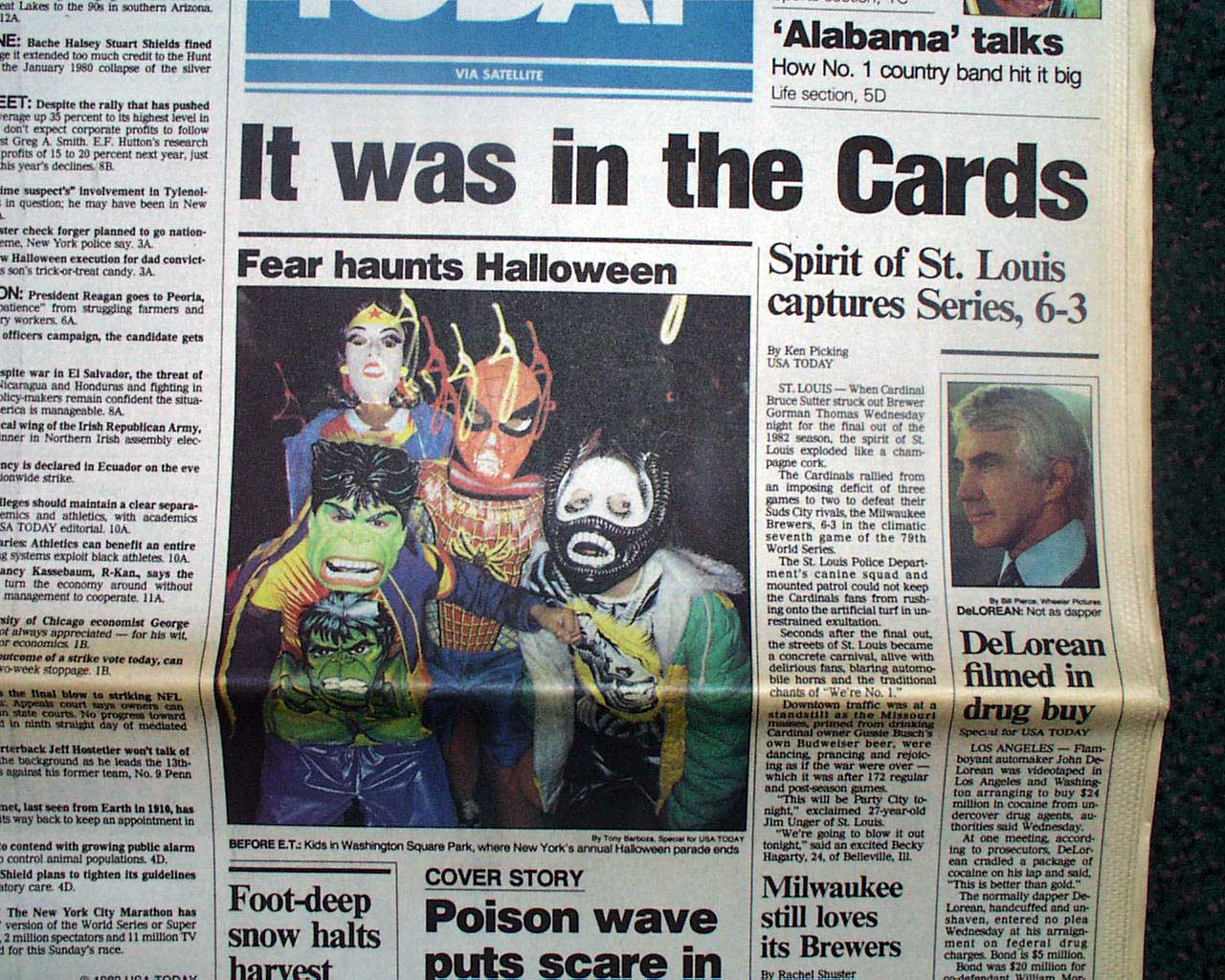 This 3-issue set features a report on game 1 in which Paul Monitor set a World Series record with his 5 hits, a report on game 5 in which Robin Yount set a World Series record by becoming the 1st player to have two four-hit games in a series (the first leg included in the issue dated the 13th), and a report on game 7, which provides significant details regarding the St. Louis Cardinals defeating the Milwaukee Brewers in this famous MLB battle between these two beer-producing cities a distinction which instantly dubbed this as "The 'Suds' Series."
All three issues are complete and in excellent condition. Many pages are displayable. Great set for a Card's fan.