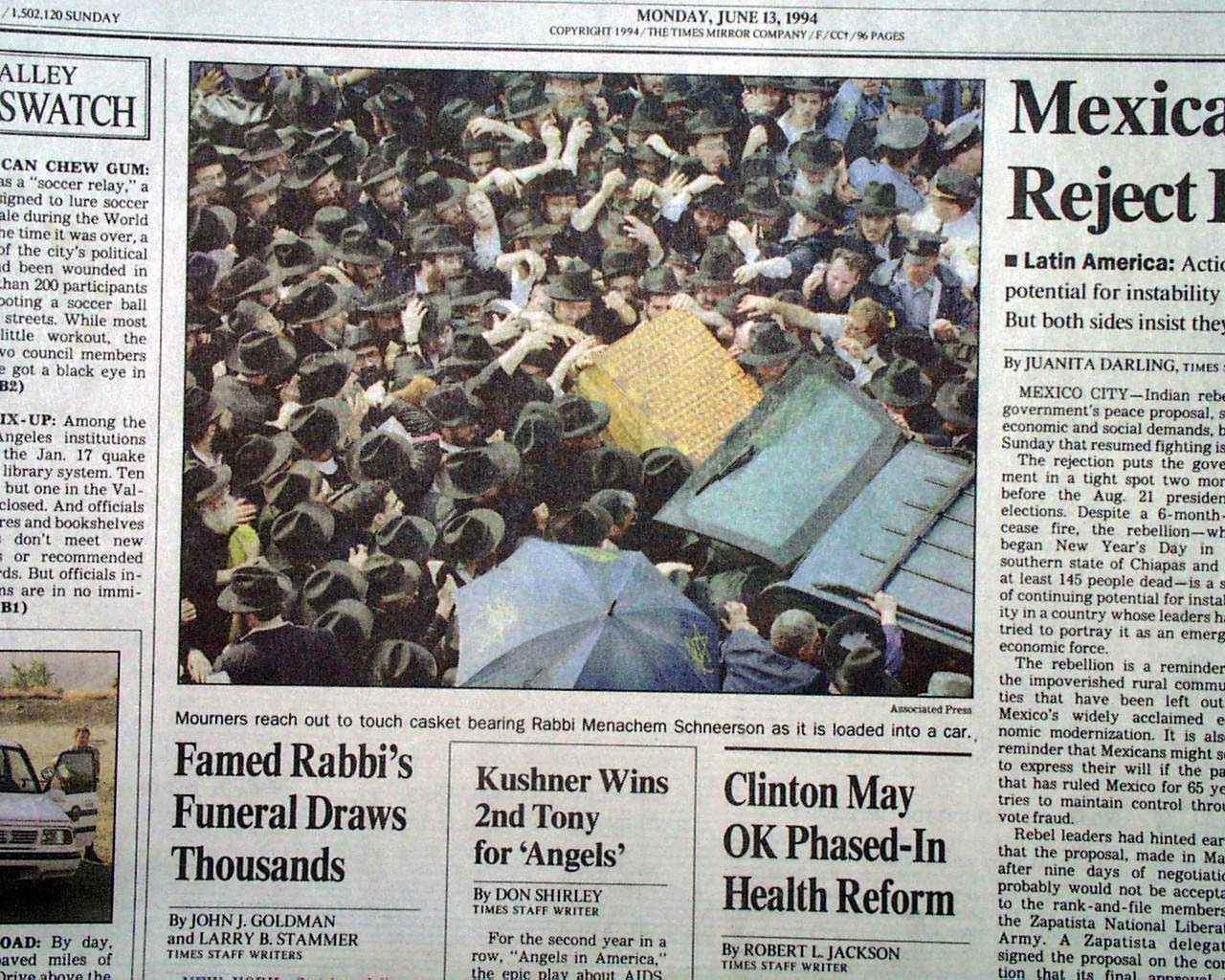 The front page has a large photo with a one-column heading: "Famed Rabbi's Funeral Draws Thousands", with more on an inside page which include a small photo of him. Considerable details regarding his life are included. See images for details.
Other news of the day, sports, and period advertising are also present.
Contains all major sections and is in very good condition.