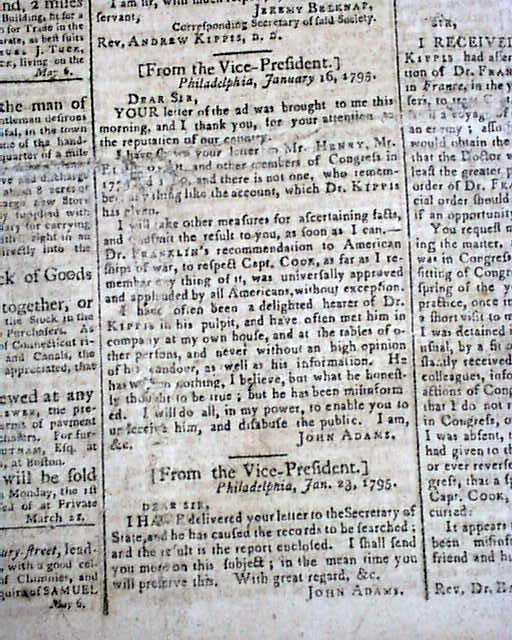 The front page has a series of letters under: "American Vindicated" which include 3 letters signed by the Vice President: John Adams, and also a letter from the Mass. governor: Samuel Adams.
Most of a column of the back page is taken up with a document from the Treasury Department: "Proposals will be...For Building a Light House, on Long Island, at Montaak [Montauk] Point in the county of Suffolk and State of New York, of the following Materials, Dimensions and Description." and what follows is the very detailed listing of just how the lighthouse is to be constructed. This is a very historic lighthouse, the first to be constructed in New York and the 4th oldest active in the United States. It would be complete in 1796.
Four pages, very light damp staining, minor margin wear, loss to a lower corner does not effect any text.