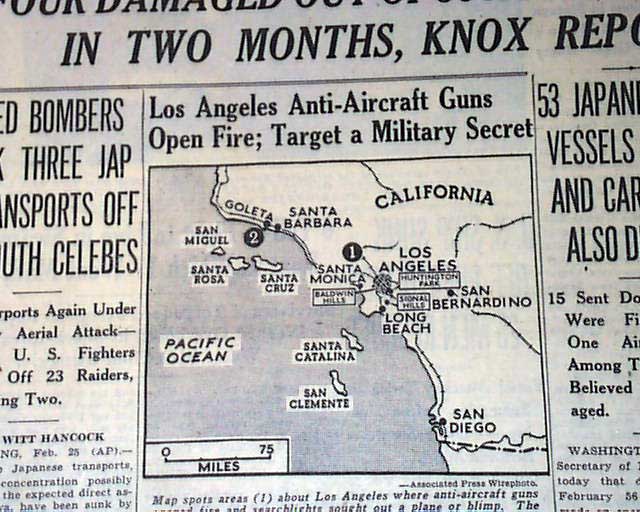 Here is a report on what is known as the "Battle of Los Angeles". The front page has a two column heading above a related map: "Los Angeles Anti-Aircraft Guns Open Fire; Target a Military Secret" with subhead. (see)
This event was a curious incident of World War II, the result of a rumored attack by the Japanese upon the coast of California. It was ultimately a false alarm attributed to a case of "war nerves" likely triggered by a lost weather balloon and exacerbated by stray flares and shell bursts from adjoining batteries.
Complete with all 30+ pages, light toning at the margins, small library stamp within the masthead, small binding holes along the spine, generally very nice.