Home > Back to Search Results > The atomic bomb unleashed on Hiroshima...
Click image to enlarge 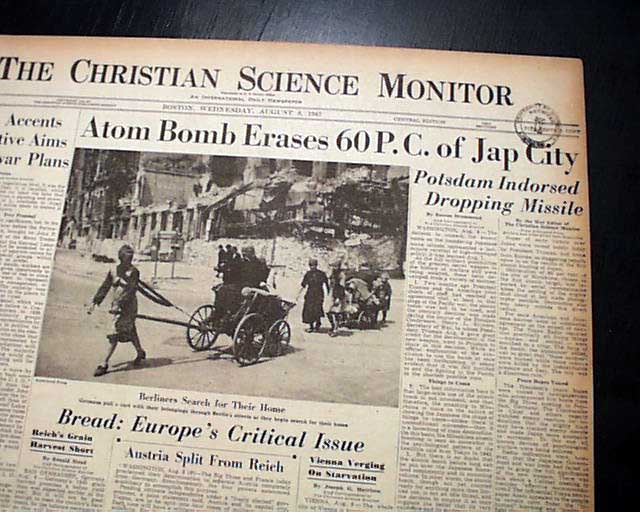 The atomic bomb unleashed on Hiroshima...

The front page headline announces the unleashing of the atomic bomb upon Japan: "Atom Bomb Erases 60 P.C. of Jap City" with subhead and more. Page five has a few photos of key players in the development of the Atomic bomb including Enrico Fermi.
Complete with all 12 pages, light toning at the margins, small library stamp within the masthead which touches to top of the letter "C" in the word "City" in the headline (see), small binding holes along the spine, generally very nice.