Home > Back to Search Results > Masthead engraved by Paul Revere... John Hancock for governor... Capital of the United States at Trenton...
Click image to enlarge 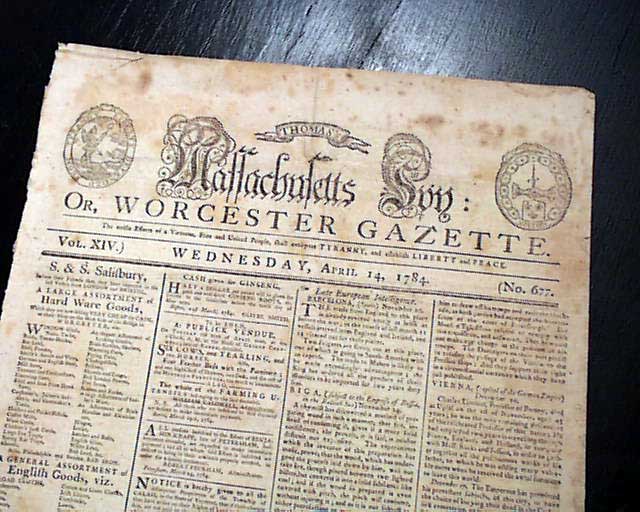 The decorative masthead of this newspaper was engraved by none other than Paul Revere. Beyond his famous ride to warn that the "British are coming!", he was an accomplished engraver and silversmith. This is one of just a few newspaper mastheads he created. Note the very ornate lettering in the title, bordered by two engravings.
Page 3 has a report from Boston noting in part: "...assembled at Fantail Hall for the purpose of electing a governour...for the ensuing year. The poll closed at one o'clock when, by a great majority of votes, the choice of this town, for a Governour, was declared for his Excellency John Hancock, Esquire. His Honour Thomas Cushing, Esq., was made choice of a Lieutenant Governor...".
Four pages, very nice condition.