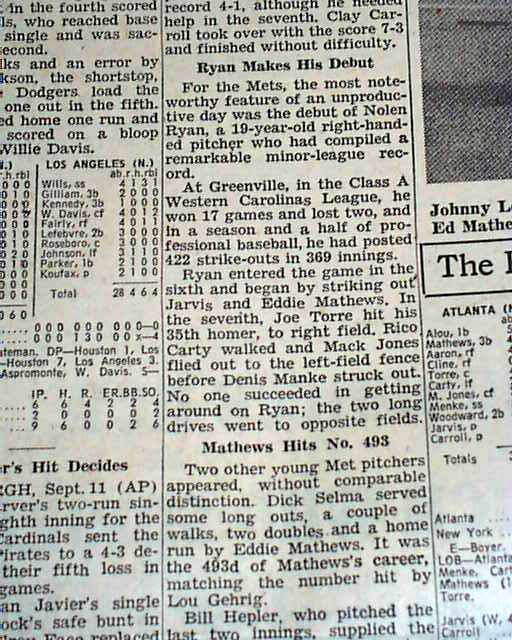 A great issue with an expectedly inconspicuous report of an event which would be more significant to the career of one the all time great pitchers in Major League Baseball.
A two column head on the sports page: "Mets Bow to Braves" with smaller subheads that include: "Ryan Makes His Debut" has as portion of the text:  "For the Mets, the most noteworthy feature of an unproductive day was the debut of Nolan Ryan...." with more.
This was Nolan Ryan's major league debut. His first ever career strikeout happened during this game as well. His 5,714 career strikeouts is major league record by a significant margin and will be difficult for any future pitcher to surpass.
Complete in 80 pages, small piece torn away along the top margin of the front page only, otherwise nice.