Home > Back to Search Results > Amelia is the first woman to fly the Atlantic...
Click image to enlarge 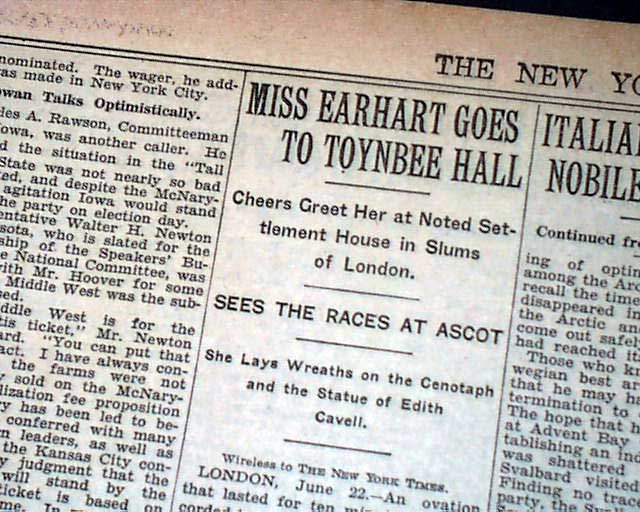 Amelia is the first woman to fly the Atlantic...

Page 3 has one column headings: "MISS EARHART GOES TO TOYNBEE HALL" "Cheers Great Her at Noted Settlement House in Slums of London" and more. (see) Coverage on Amelia Earhart being the guest of honor in England just after her famous flight across the Atlantic Ocean.
Other news, sports and advertisements of the day. Complete in 32 pages, a few small binding slits along the spine, generally nice.