Home > Back to Search Results > Karl Marx as a newspaper reporter... The State of Europe...
Click image to enlarge 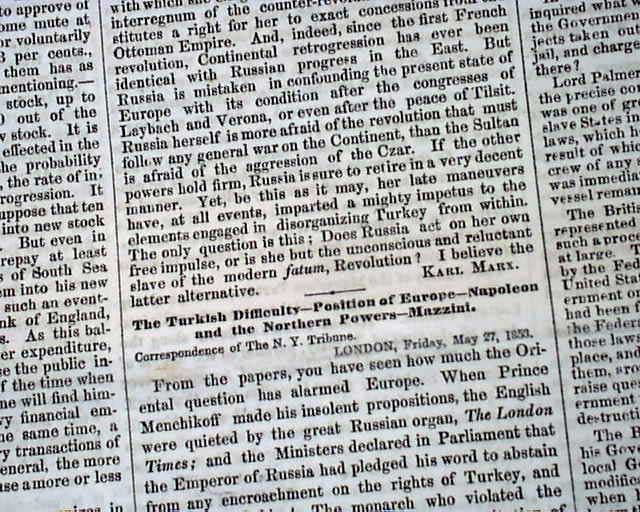 Karl Marx as a newspaper reporter... The State of Europe...

The front page has about a 1 1/2 column article under: "EUROPE," which is written by Karl Marx, and is appropriately signed in type: Karl Marx. See images for partial text. A website dedicated to the works of Marx states provides the following theme/topic for the article: "Excitement in Italy.-The Events in Spain.-The Position of the German States.-British Magistrates."

Other news of the day with period advertisements found throughout. Complete with all 8 pages, a little irregular along the spine, otherwise nice.