Home > Back to Search Results > The King & the French Revolution... A Masonic celebration...
Click image to enlarge 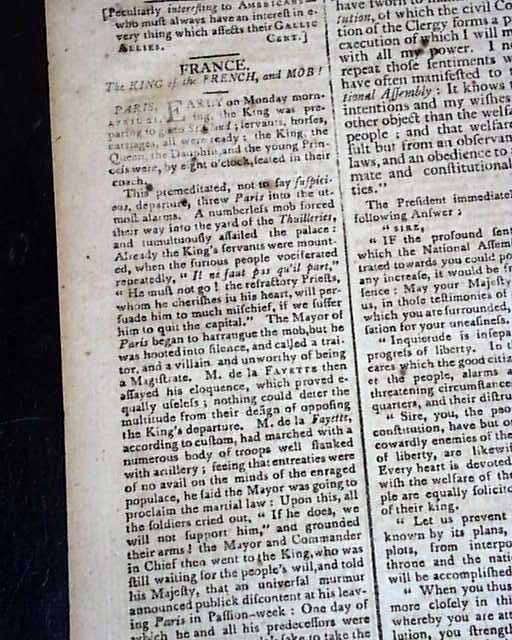 The King & the French Revolution... A Masonic celebration...

Page 3 has a lengthy report of a Masonic celebration headed: "Festival of St. John" with much detail, including a list of 14 toasts, the first of which is: "Our brother George Washington--With the honours of Masonry."
Page 2 has a report from France: "The King of the French, and Mob!" concerning a near riot when it was thought the King was leaving, followed by the: "King's Speech", then a response to the King, than another: "King's Answer" Also the: "Resignation of Gen. LaFayette".
Page three has a nice ad by Josiah Flagg, junior, Surgeon Dentist. The ad includes many details about Flagg's dental services. Note:  According to "Famous First Facts", Flagg was the "first native-born American" dentist.
Four pages, very nice condition.