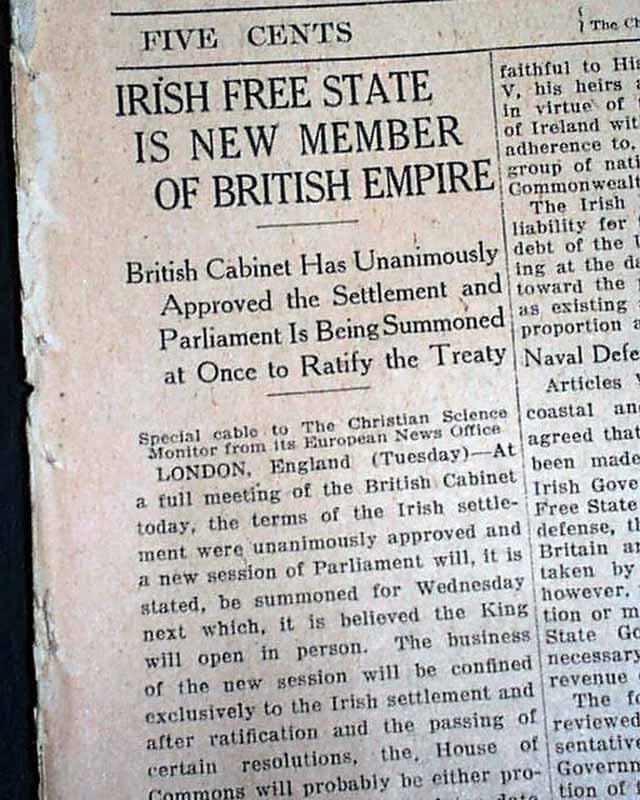 The front page has one column headings: "IRISH FREE STATE IS NEW MEMBER OF BRITISH EMPIRE" "British Cabinet Has Unanimously Approved the Settlement and Parliament Is Being Summoned at Once to Ratify the Treaty" and more. Text takes up 2 full columns. A key issue in the creation of the Irish Free State.
Other news, sports and advertisements of the day. Complete in 20 pages, a little margin wear and chipping, should be handled with care.