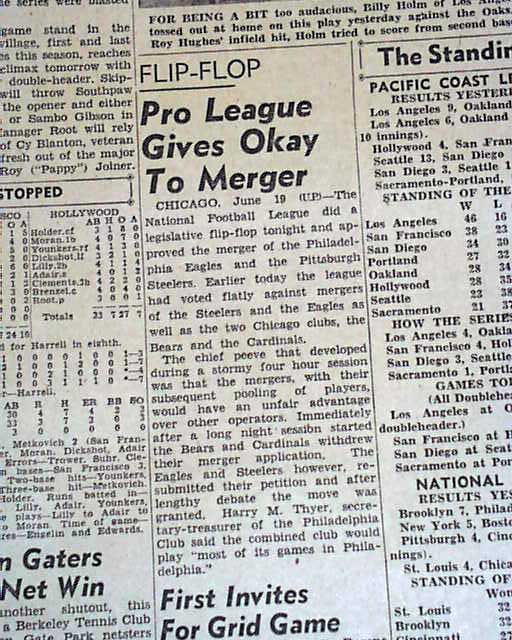 Page 3 of the sport's section has a one column heading: "Pro League Gives Okay To Merger" First report coverage on the merger between the Pittsburgh Steelers and the Philadelphia Eagles during a shortage of players due to World War II.
Complete with all 36 pages, light toning at the margins, small binding holes along the spine, generally nice.

wikipedia notes: During World War II, the Steelers experienced player shortages. They twice merged with other NFL franchises to field a team. During the 1943 season, they merged with the Philadelphia Eagles forming the "Phil-Pitt Eagles" and were known as the "Steagles." This team went 5–4–1. In 1944, they merged with the Chicago Cardinals and were known as Card-Pitt (or, mockingly, as the "Carpets").[6] This team finished 0–10, marking the only winless team in franchise history.