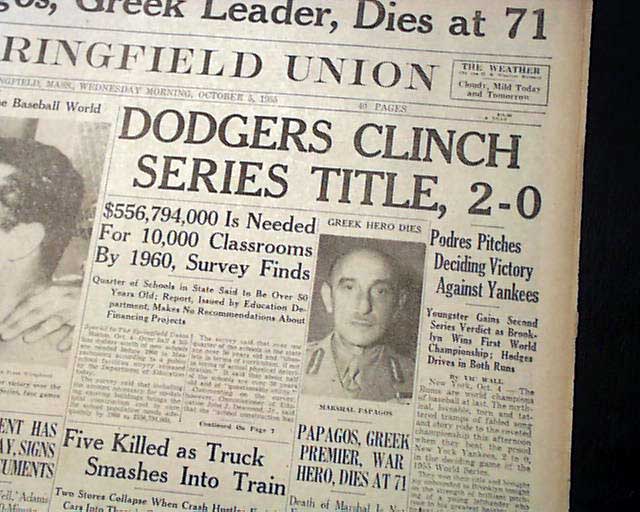 The top of the front page has a four column headline: "DODGERS CLINCH SERIES TITLE" with subhead, related photo and box scores. (see) Much much in the sport's section.
Complete with all 40 pages, light toning at the margins, tiny binding holes along the spine, nice condition.