Home > Back to Search Results > The Apollo 11 liftoff to the moon...
Click image to enlarge 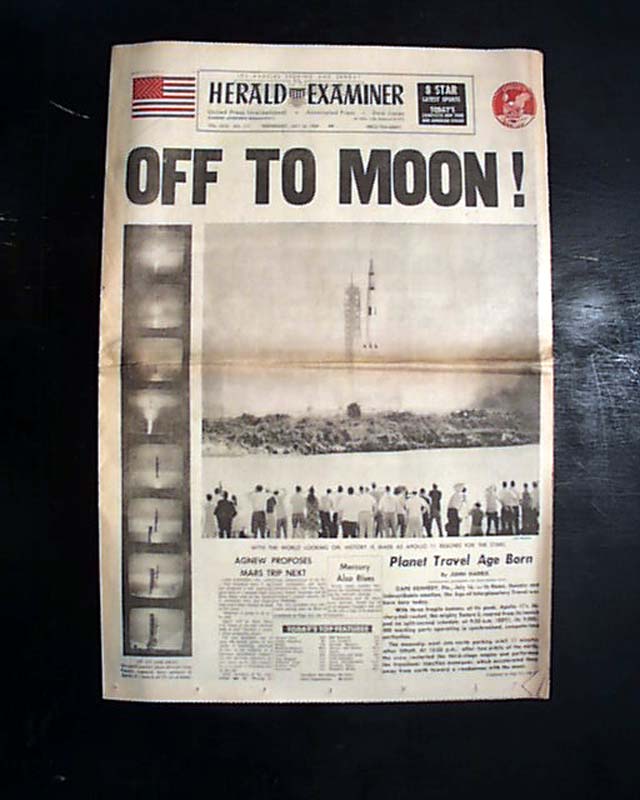 The front page has a nice banner headline: "OFF TO THE MOON !" with a large photo of the takeoff. More coverage on page 2 with photos including one of Armstrong, Aldrin and Collins walking to their rocket that would take them to the moon 4 days later.
A great headline and a somewhat uncommon issue as most issues saved were on the moon landing, not of their liftoff from Earth.
The complete first section with 18 pages, very nice condition. 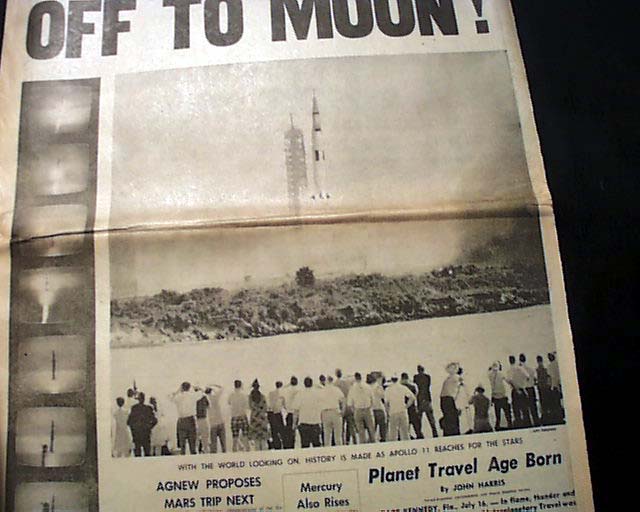 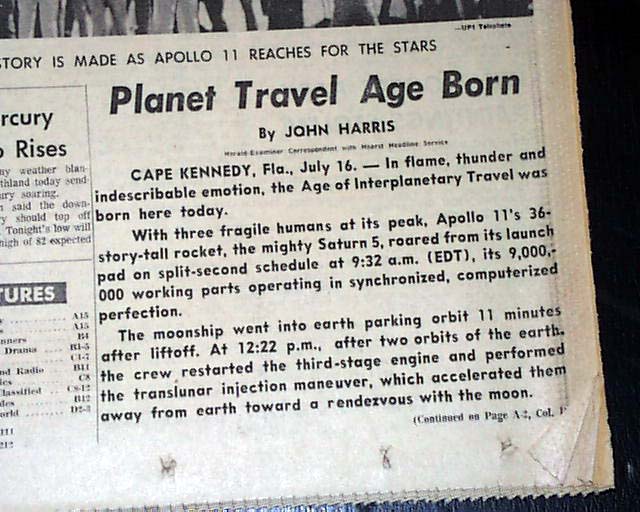 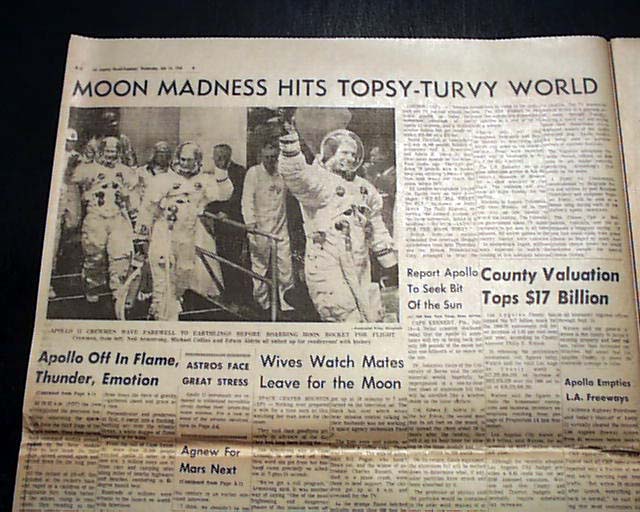 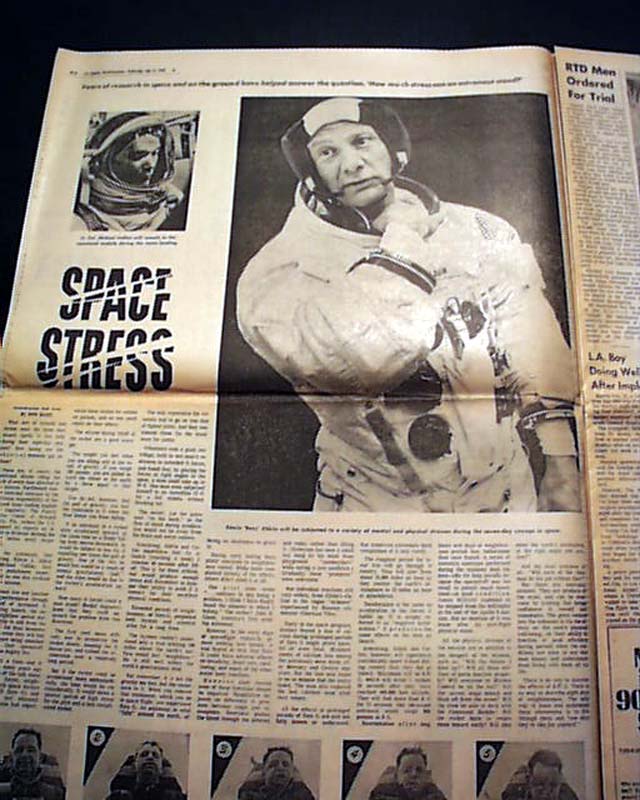