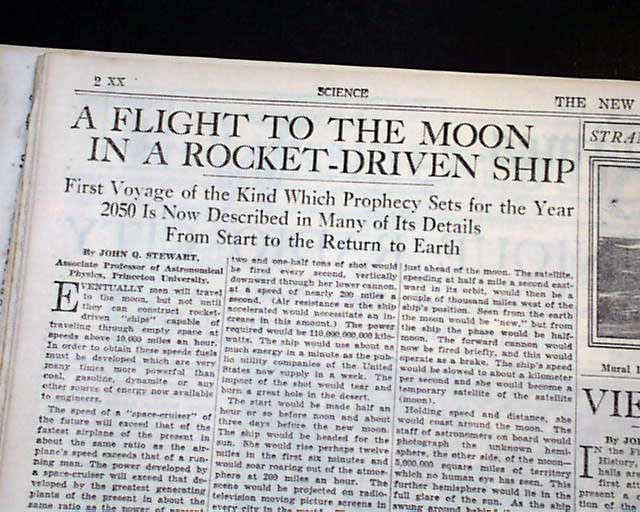 This 100+ page newspaper has three column headlines on page 2XX (inside):  "A FLIGHT TO THE MOON IN ROCKET-DRIVEN SHIP", "First Voyage of the Kind Which Prophecy Sets for the Year 2050 Is Now Described in Many of Its Details From Start to the Return to Earth" Coverage on Dr. John Q. Stewart's prediction of human space travel in the future. A interesting report prior to any successful rocket flights into space. Nice to have in this famous New York City title.
Other news, sports and advertisements of the day. Rag edition in nice condition.