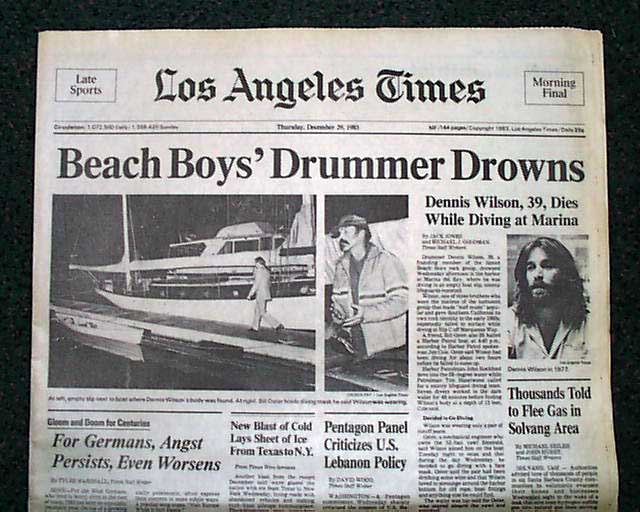 * Dennis Wilson death (drowning)
* The Beach Boys drummer
* Best title to be had ?

Dennis Wilson, one of the original founders and the drummer for the Beach Boys, drowns in the harbor at Marina Del Rey. The full banner heading on the front page has: "Beach Boy's Drummer Drowns," with subheading: "Dennis Wilson, 39, Dies While Diving it Marina," with several corresponding photos. The coverage continues on an inside page. There is no better newspaper to have concerning this tragedy other than newspapers from the very location where the event occurred.
Whereas the issue has most main sections, it is being offered for the content described. It is in very good condition.