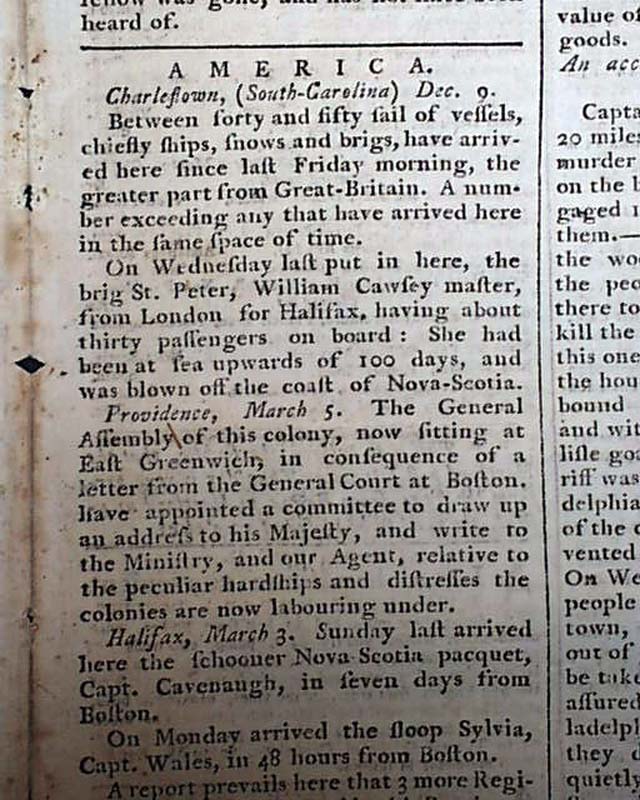 Inside has a report from Providence that: "...this colony...have appointed a committee to draw up an address to his Majesty & write to the Ministry & our Agent relative to the peculiar hardships & distresses the colonies are not labouring under."
There is also a nice account of the Frederick Stump affair headed: "An Account of the Taking and Rescue of Frederick Stump". In January, 1768, Frederick Stump, a 22 year-old German settler in Penn's Twp., Cumberland Co., Pennsylvania, methodically killed or helped to kill ten Indians: four men, three women, two young girls, and a female infant. In quick succession Stump was captured, incarcerated, and rescued from jail by an armed mob.
Other various news of the day from both Europe and the colonies.
Eight pages, 8 1/2 by 10 1/2 inches, very nice condition. A fine opportunity for a colonial Boston newspaper at a very reasonable price.