Home > Back to Search Results > October/1929 issue of the Wall Street Journal...
Click image to enlarge 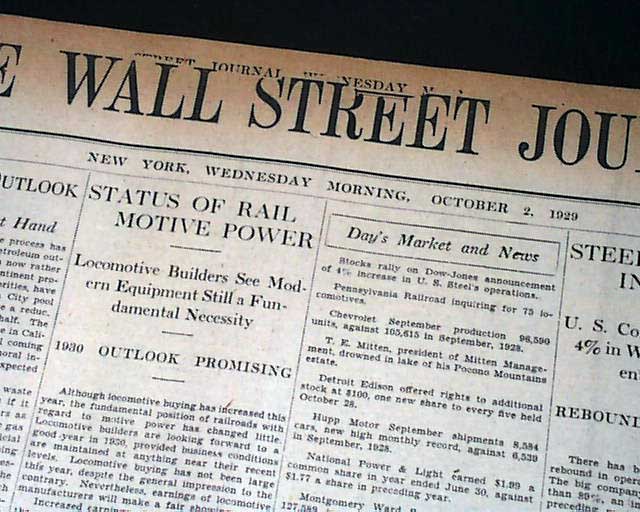 Certainly the most desired newspaper reporting the stock market crash of 1929 is the Wall Street Journal, with several issues of the last week of the month commanding well over $1000. Of curious interest to any collector of financial history would be the days and weeks leading up to the Crash, which "officially" began on October 24. But in actuality there had been a steady decline inn stock market prices since the peak in September.
This issue has various financial report throughout but obviously no headline relating to an impending doom that would ultimately result in the Great Depression. Twenty-eight pages, toning and some wear at the margins, a few stains, generally good. Should be handled with care.