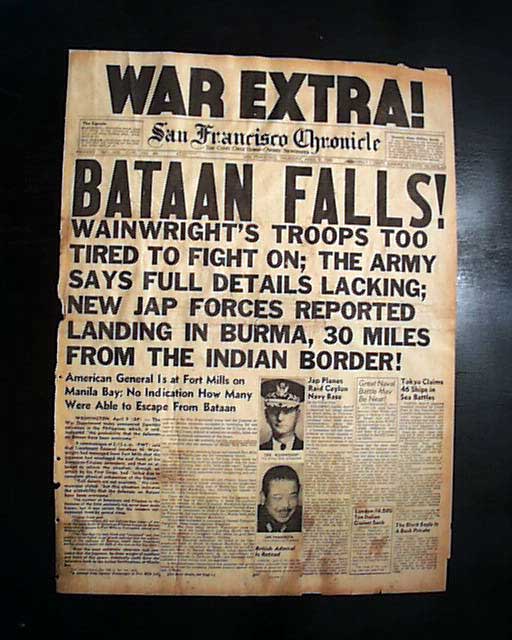 The front page has a terrific banner headline in large, bold lettering: "BATAAN FALLS!" with more. (see) A great issue for display. The Japanese capture would lead to the infamous Bataan Death March.
This is a special 4 page "War Extra", some light damp staining, a few tears along central that are archivally mended on page 2, a little margin wear with a few tint tears, irregular along the spine, nice for display as such.

source: USO: The Battle of Bataan ended on April 9, 1942, when Army Major General Edward P. King surrendered to Japanese General Masaharu Homma. About 12,000 Americans and 63,000 Filipinos became prisoners of war.
What followed became known as the Bataan Death March — one of the worst atrocities in modern history. 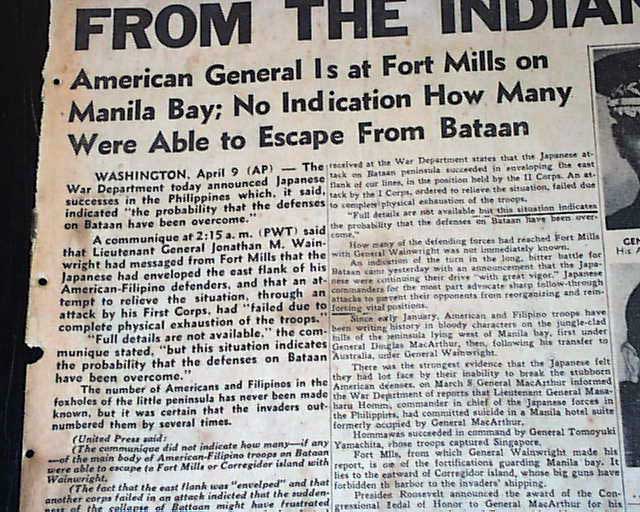 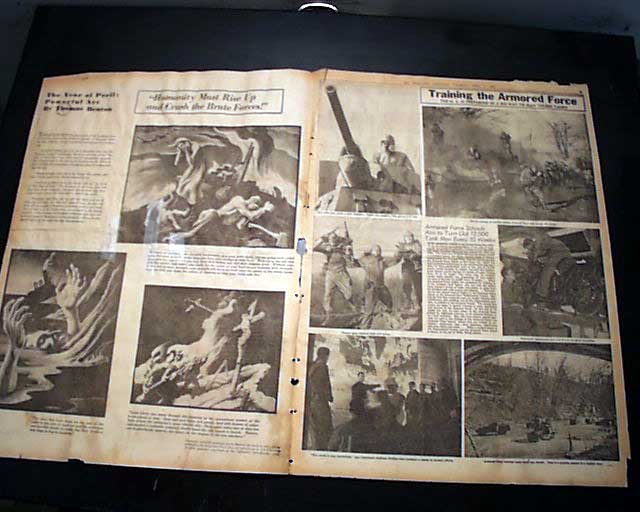 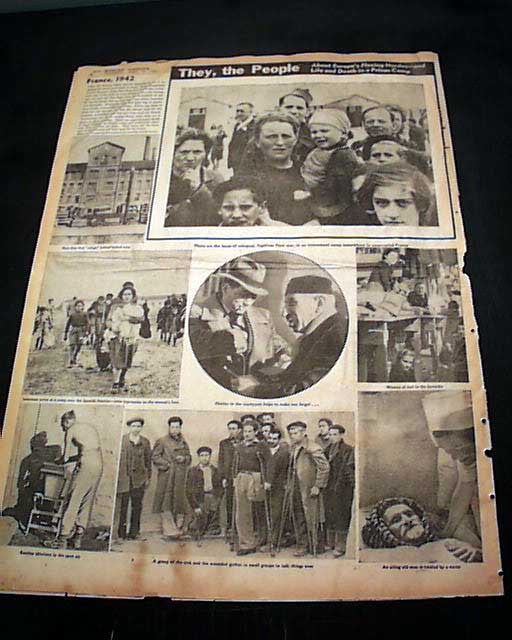