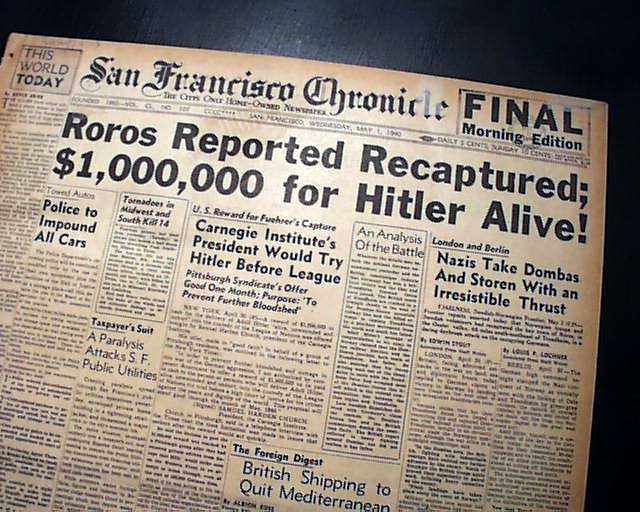 This issue has a interesting report with a nice front page headline: "$1,000,000 for Hitler Alive!" with subheads. (see) Carnegie Institute's president, Samuel Harden Church, along with 50 other prominent citizens of Pittsburgh had offered a reward of one million dollars to anyone delivering Adolph Hitler to the League of Nations to face charges of aggression against humanity. Included is a letter that is signed in type: Samuel Harden Church. (see)
Complete with all 28 pages, light toning and minor wear at the margins, small binding holes along the spine, two small archival mends along top margin, generally good. 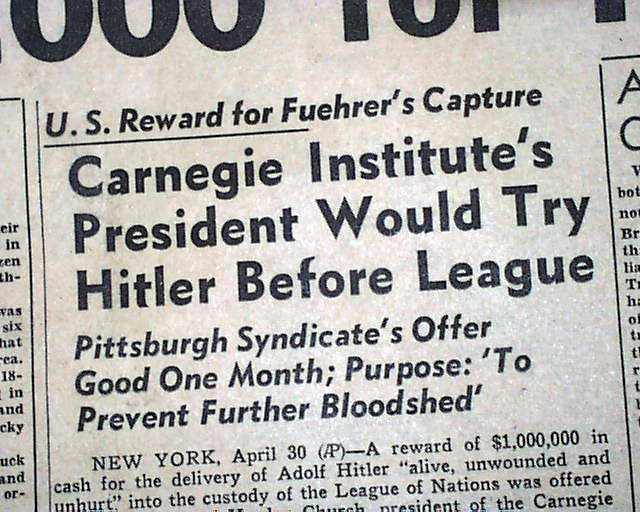 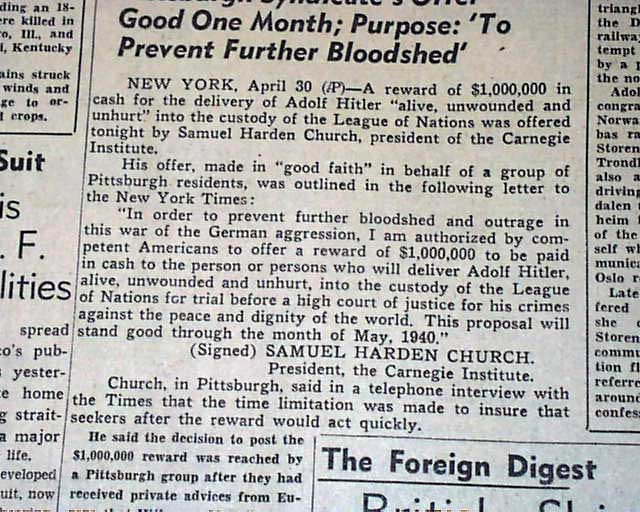 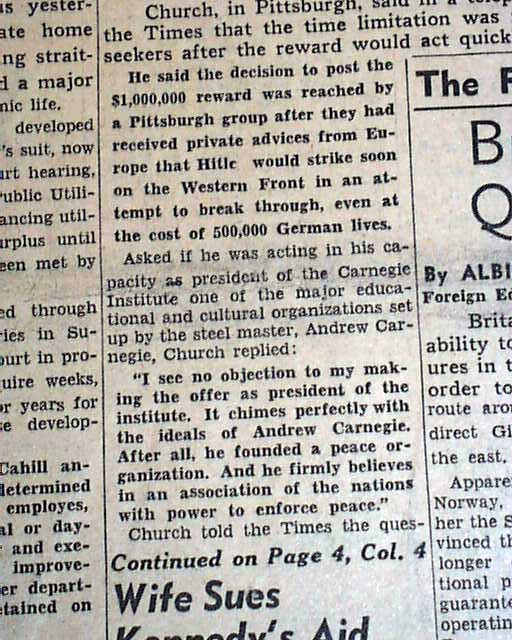 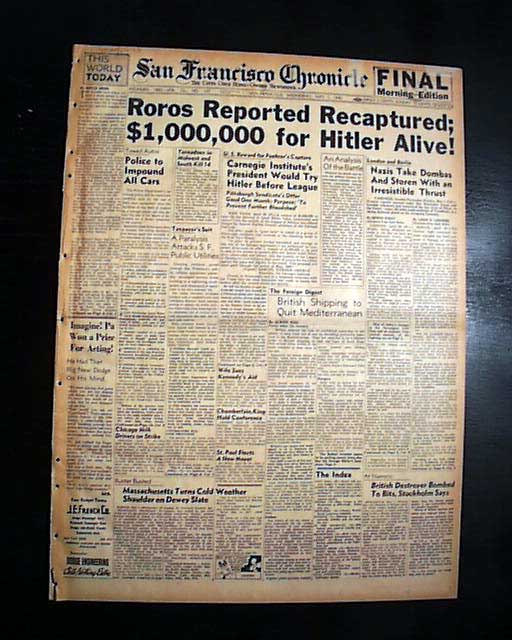 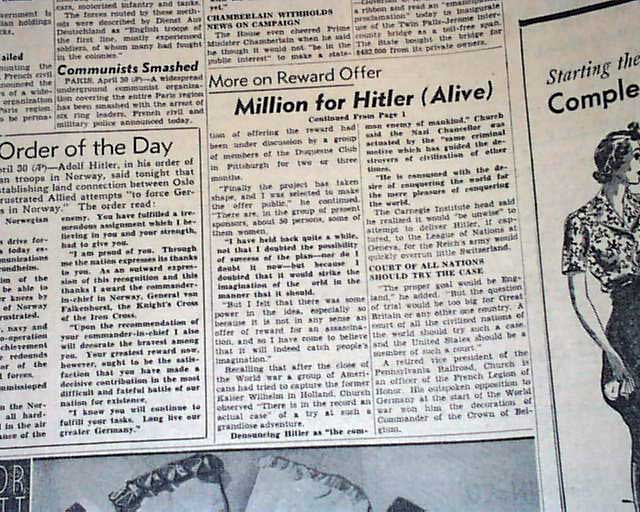