Home > Back to Search Results > Superman color comic strip (#23) from the first year of publication...
Click image to enlarge 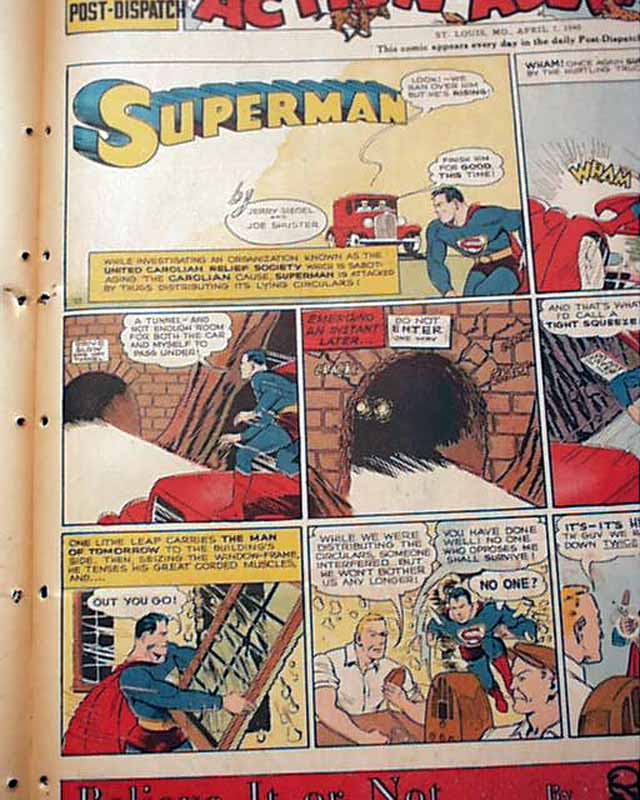 Superman color comic strip (#23) from the first year of publication...

This is a first year printing of the "Superman" color comic strip (by Jerry Siegel and Joe Shuster), which began in limited newspapers (through the McClure Newspaper Syndicate) on November 5, 1939 (a daily, black & white comic began on January 16). The weekly color Superman strip had a story-line continuity which was separate from the daily comic. At its peak the color comic appeared in 90 Sunday papers with a readership of over 90 million.
This is Superman strip #23 as noted in the first box with the artwork by Joe Shuster. Included is not just the Superman strip by the entire 16 page color comic section of the San Francisco Chronicle dated April. 7, 1940, containing many color comics.
Additionally, you get the entire 50+ page issue with inserts, has small binding holes at the blank spine, not close to any text or comics.