Home > Back to Search Results > Rare print of the natives of Peru... Trials for pirates...
Click image to enlarge 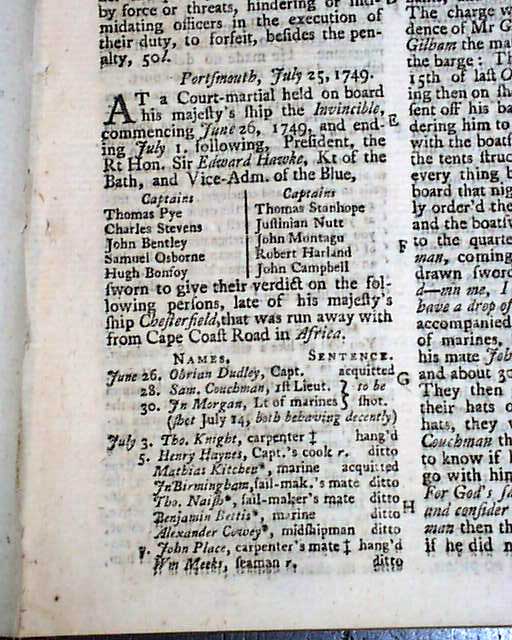 Rare print of the natives of Peru... Trials for pirates...

Item # 662991
GENTLEMAN'S MAGAZINE, London, July, 1749   Of significant interest is: "Of the Method of Passing Rivers in Peru" which has a related full page plate with rare prints of the indigenous people of Peru, including: "A Spanish Woman of Quito", "An Indian Palla, or Lade", "An Indian Barber", and more (see images).
This print also shows three rope bridges used to cross a river.
Also notable is: "Proceedings at a Court Martial for Trying Pirates".
Other articles include: "Burying in Churches and Towns Condemned" "Of the Crocodiles in Guayaquil" "On An Academy for Drawing" "Of the Continuance of High Taxes" and much more.
Both plates called for are present.
Complete in 48 pages, 5 by 8 inches, full title/contents page with an engraving of St. John's Gate, nice condition.