Home > Back to Search Results > Print of the storming of Stony Point by General Anthony Wayne...
Click image to enlarge 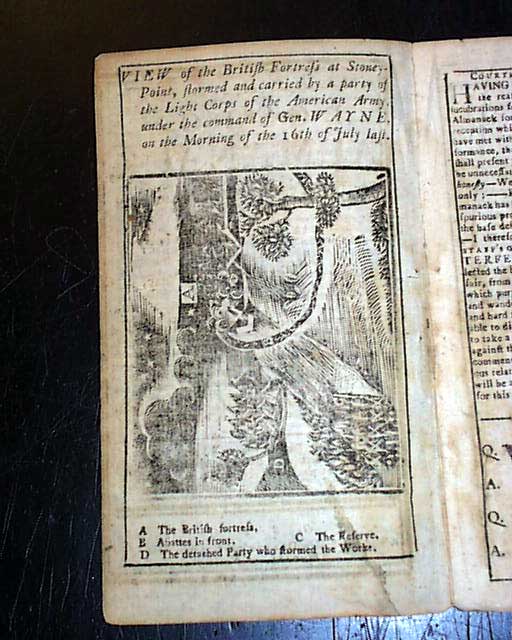 Print of the storming of Stony Point by General Anthony Wayne...


(was $2,150) BICKERSTAFF'S BOSTON ALMANACK for the year 1780.  Page 2 still has the very desired print: "View of the British Fortress at Stoney-Point, Stormed and Carried by a party of te Light Corps of the American Army, under the command of Gen. WAYNE, on the morning of the 16th of July last." Four locations are noted in the key at the bottom. Very rare to find period maps of the Revolutionary War.
Otherwise a typical almanac with each of the months for 1780, followed by 3 1/2 pages noting distances of: "Roads to the Principal Towns on the Continent, etc. from Boston.
Complete in 24 pages, 3 3/4 by 6 1/2 inches, very nice condition with the last leaf having an upper corner rounded which affects several words.