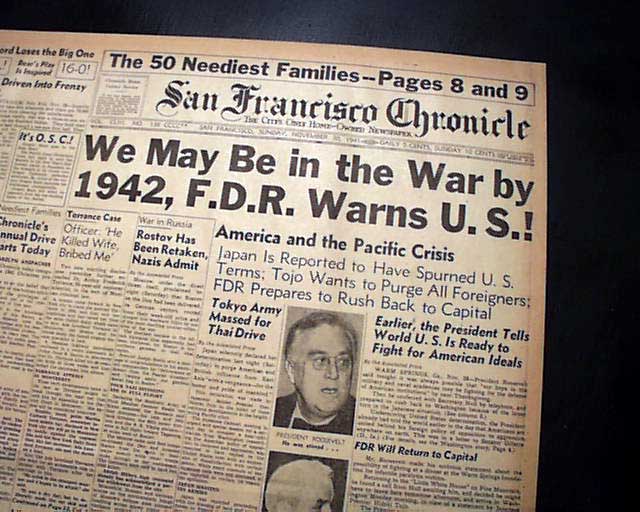 * Pre-Pearl Harbor attack on America
* Just a few days away - imminent
* Roosevelt knows something ?
The front page has a nice headline: "We May Be in the War by 1942, F.D.R. Warns U. S.!" with subheads. (see) Japan would attack Pearl Harbor the following Sunday.
Complete with all 40+ pages, light toning at the margins, small binding holes along the spine, generally nice.