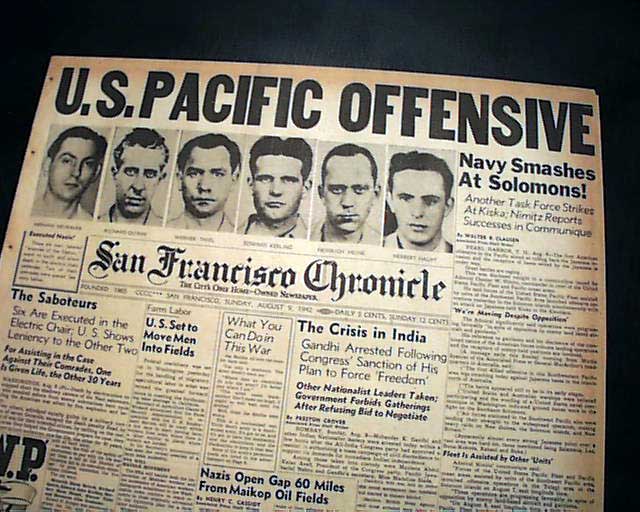 The front page has a two column heading: "The Crisis in India" with subheads that include: "Gandhi Arrested Following Congress' Sanction..." and more. (see)
Also a nice pictorial of the six Nazi saboteurs that were executed by electric chair with the headings: (see images).
Other news, sports and advertisements of the day with much on World War II. Complete with all 30+ pages, light toning at the margins, small binding holes along the spine, generally nice.