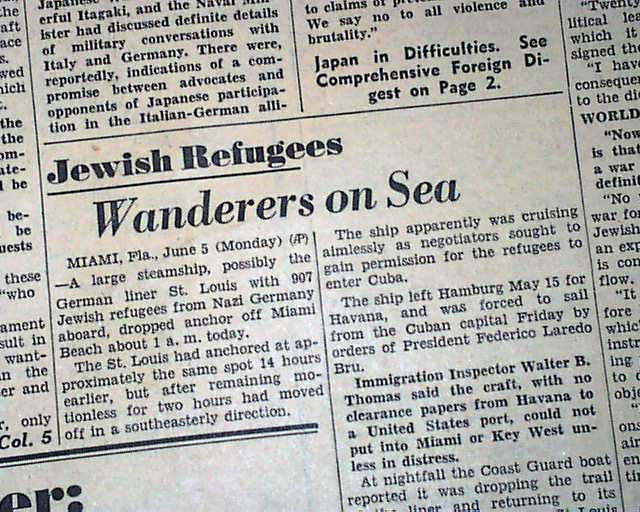 Near the bottom of the front page has a two column heading: "Wanderers on Sea" with caption: "Jewish Refugees"
Complete with all 22 pages, light toning at the margins, small library stamp within the masthead, small address label on the front page, small binding holes along the spine, generally nice.