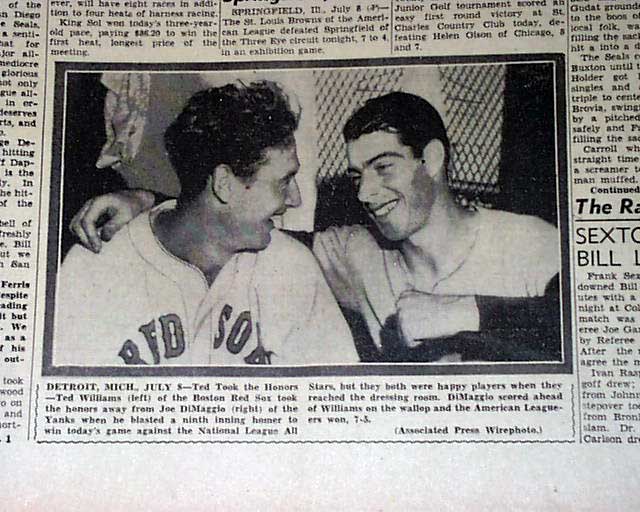 The front page of the sport's section (page 19) has a three column headline: "Ted Williams' Storybook Home Run in Ninth Beats National All-Stars, 7 to 5" with subhead and two related photos. More on the following page with box scores. This was a great year for baseball as Ted Williams became the last player to hit over .400. It was also the year of Joe DiMaggio's amazing hitting streak.
Complete with all 26 pages, light toning at the margins, small library stamp within the masthead, small address label on the front page, small binding holes along the spine, generally nice.