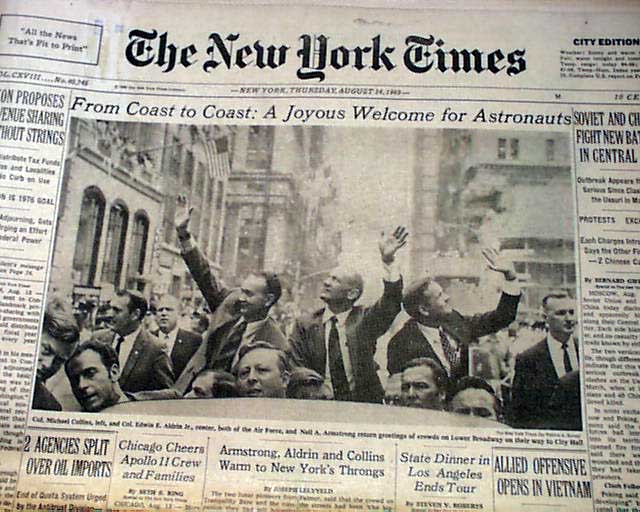 The front page has a six column photo showing the 3 astronauts coming down Broadway with heading: "From Coast to Coast: A Joyous Welcome for Astronauts" with subhead and another related photo. Much more on the inside pages. Most issues that were saved reported the actual Moon landing, making this much more uncommon.
Complete with all 60 pages, light toning at the central fold, nice condition.