Home > Back to Search Results > Kristallnacht in Nazi Germany...
Click image to enlarge 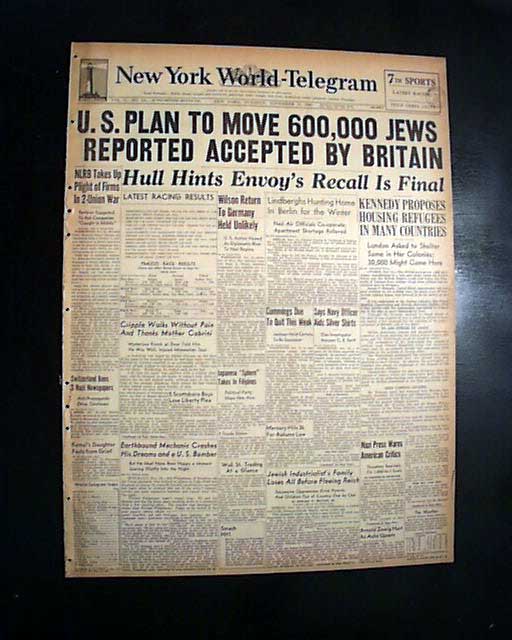 A follow up to "Kristallnacht" or Night of Broken Glass, a coordinated attack upon Nazi Jews which resulted in 91 deaths and over 30,000 being sent to concentration camps. The 3 line headline reads: "U. S. PLAN TO MOVE 600,000 JEWS REPORTED ACCEPTED BY BRITAIN" with subheads.
Complete with all 34 pages, light toning and some wear at the margins, small library stamp within the masthead, small binding holes along the spine, generally good.