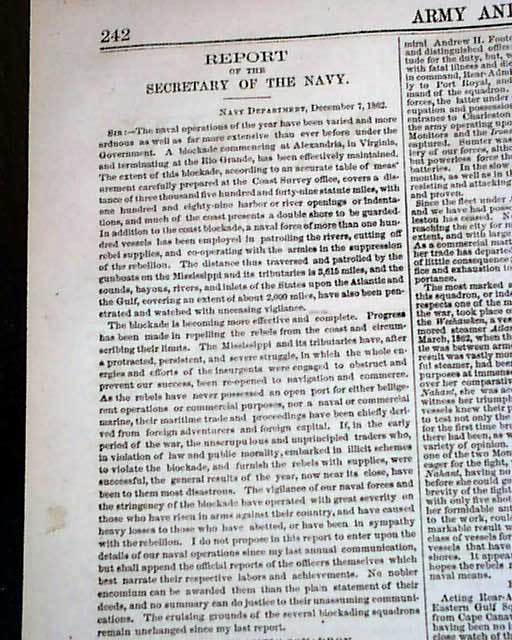 As noted in the masthead this was the: "Gazette of The Regular & Volunteer Forces" and as such is replete with military news of all sorts.
Among the many reports are those headed: "Report of the Secretary of the Navy" taking over 3 pages; "Report of the Secretary of War" taking over a full page; "The Late Campaign in Virginia" "The Battle of Chickamauga" "Military Strength of the Nation" "General Roberts' New Bullet" "The President's Proclamation" which is signed in type: Abraham Lincoln; and so much more.
Sixteen pages, 10 by 14 1/2 inches, very nice condition. 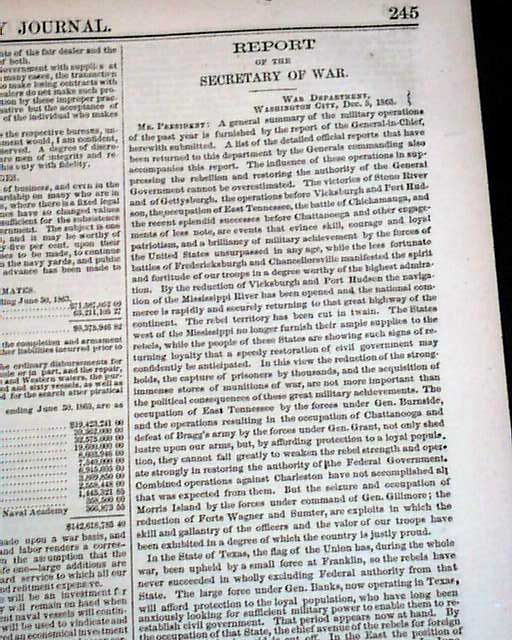 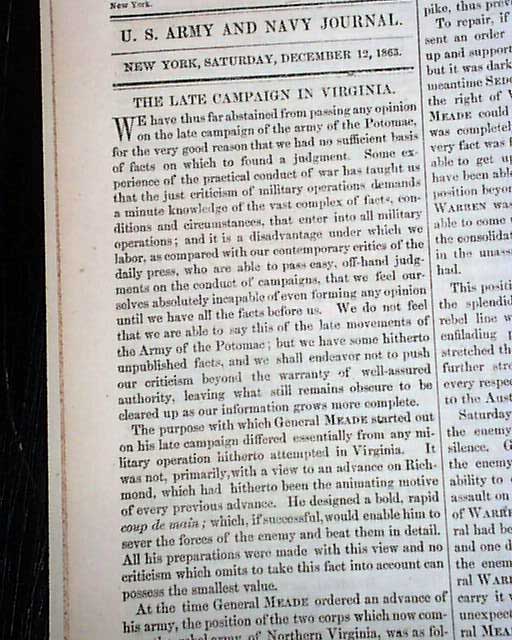 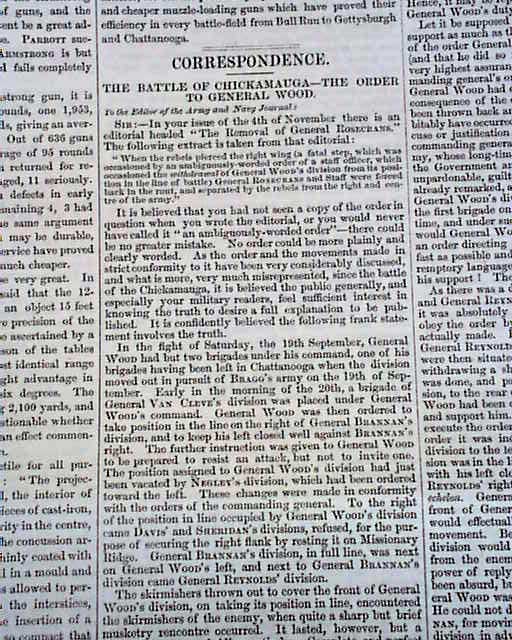 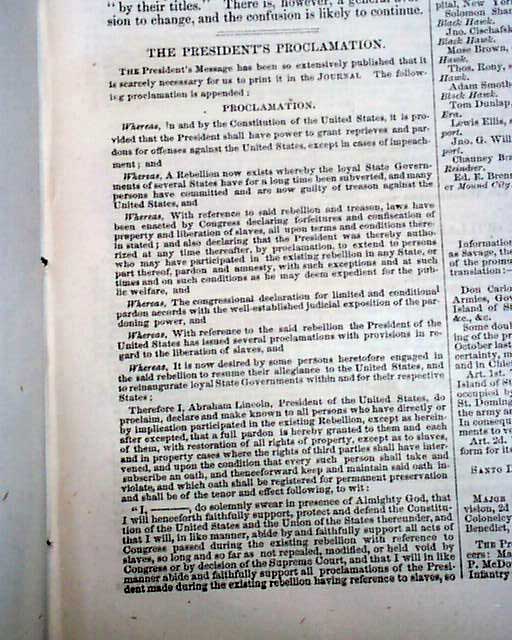 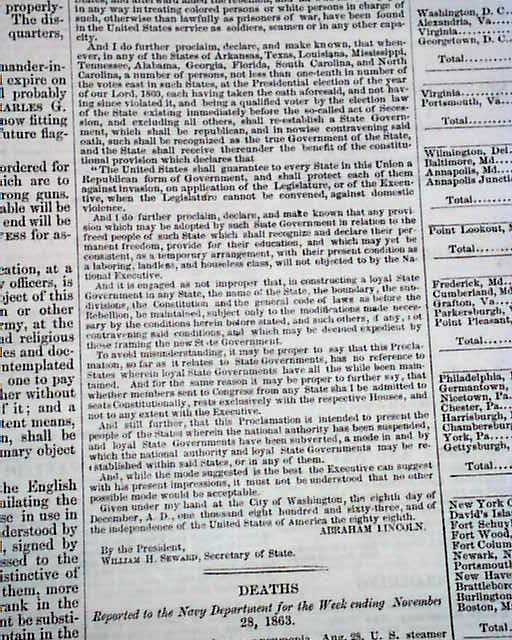 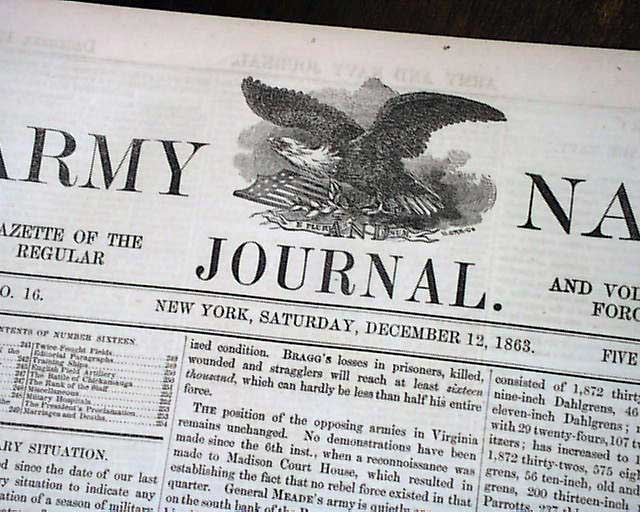 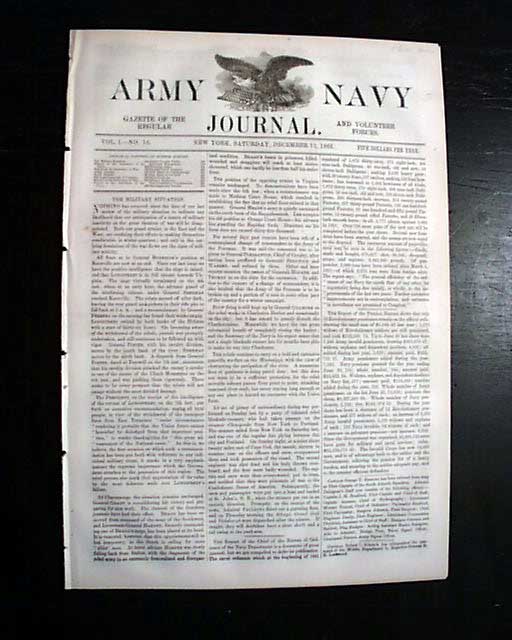