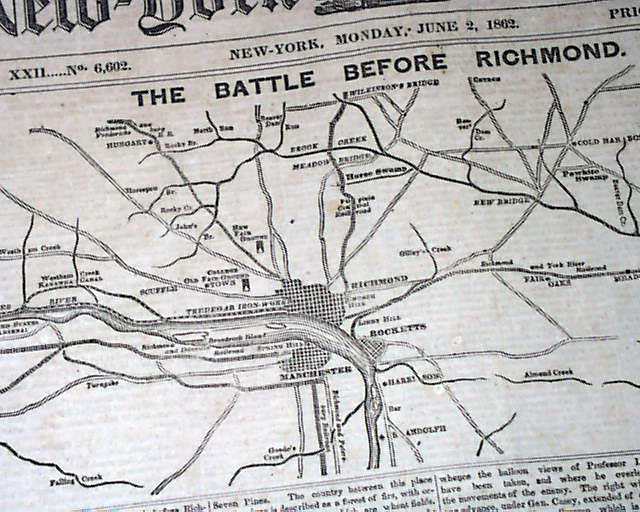 
NEW YORK TRIBUNE, June 2, 1862  The feature of this issue is the nice front page map headed: "THE BATTLE BEFORE RICHMOND" which shows the vicinity.
Also many front page one column Civil War heads including: "Great Battle on the Chickahominy" "Our Advance Attacked By the Rebels" "The Enemy Repulsed Everywhere" "Front Royal Recaptured" "The Enemy Driven Out With Loss" "The Evacuation of Corinth" "The Rebels Get Away Everything" "The Evacuation Going on a Fortnight" and more.
Eight pages, never bound nor trimmed, crease at the center, nice condition.