Home > Back to Search Results > Abolishing slavery in the nation's capital...
Click image to enlarge 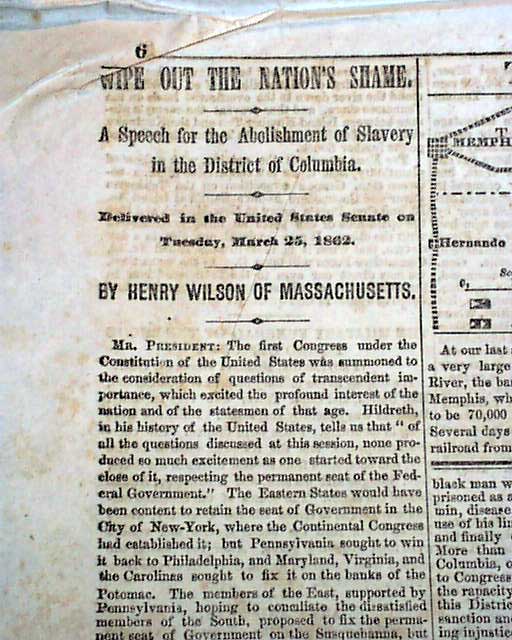 Abolishing slavery in the nation's capital...

The prime content is on pg. 6 where most of it is taken up with: "WIPE OUT THE NATION'S SHAME" "A Speech for the Abolishment of Slavery in the District of Columbia" "By Henry Wilson of Massachusetts".
This is a rather famous speech which ultimately lead to a successful vote & Congress and would be signed into law by Abraham Lincoln on April 16.
Page 6 also has a map headed: "The Attack On Memphis" with some details in the caption (see). Page 4 has: "The Responsibility For the Defeat at Bull Run" and more.
Eight pages, never bound nor trimmed so it folds out to one large sheet, note the minor damage to the fold on page 6.