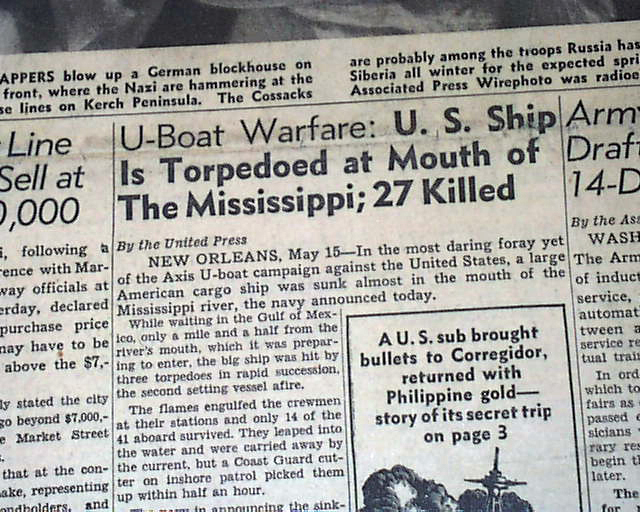 The front page has a two column heading: "U-Boat Warfare: U. S. Ship Is Torpedoed at Mouth of The Mississippi; 27 Killed" (see)
Complete with all 22 pages, light toning at the margins, small library stamp within the masthead, small address label on the front page, small binding holes & a little wear along the spine, generally nice.

wikipedia notes: On the 12 May she sank the 10,000 ton SS Virginia in the mouth of the Mississippi, killing 26 sailors in an audacious attack which shocked the American authorities. Swinging south, she sank a Honduran freighter as she cruised out of the Caribbean Sea, leaving a shaken seaboard behind her. On this cruise alone she had sunk nine ships totaling 45,000 tons.