Home > On the death of King Charles II...
Click image to enlarge 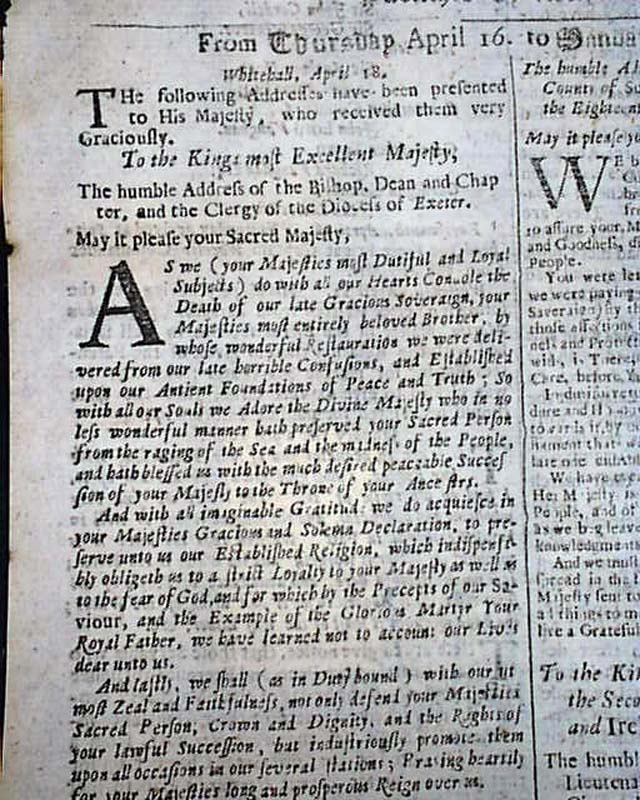 On the death of King Charles II...


THE LONDON GAZETTE, England, April 20, 1685  All of the front page & a bit of pg. 2 are taken up with various addresses to King James II concerning the death of King Charles II who died in February.
The back page has a list of those who won in a recent election which includes "Samuel Pepys, Esq.". Pepys is perhaps best known for his diary which was one of the most important primary sources for the English Restoration period. It provides a combination of personal revelation and eyewitness accounts of great events, such as the Great Plague of London and the Great Fire of London.
A single sheet newspaper 6 1/2 by 11 inches, great condition.