Home > Back to Search Results > Immigration Act of 1924 signed into law...
Click image to enlarge 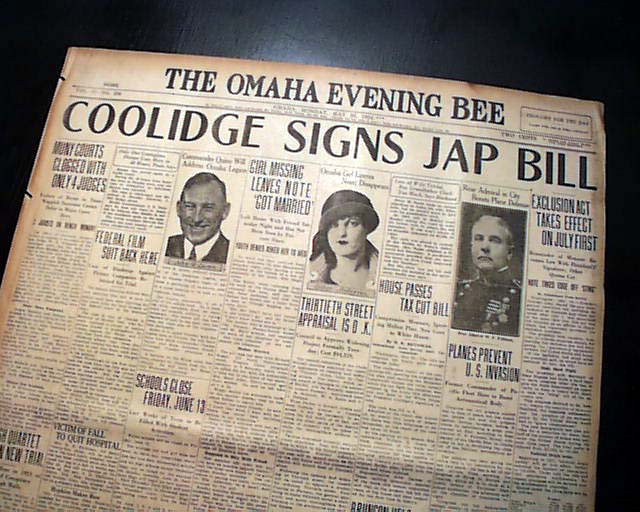 The front page has a nice banner headline: "COOLIDGE SIGNS JAP BILL" with subheads. (see) Nice for display. First report coverage on President Calvin Coolidge signing he Immigration Act of 1924 into law.
Other news, sports and advertisements of the day. Complete with all 10 pages, light toning and some wear at the margins, generally good.