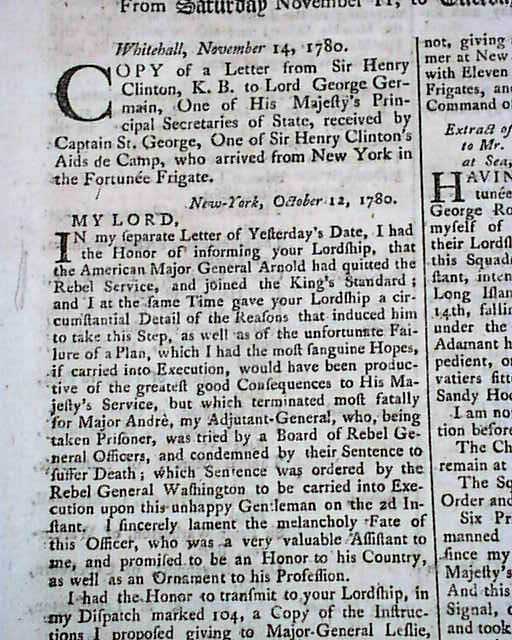 All of the front page is taken up with reports on the Revolutionary War including most of the first column being a letter datelined: "New York, Oct. 12" and signed in type: H. Clinton.
This letter deals with the Andre/Arnold treason plot and includes in part: "...I had the honour of informing your Lordship that the American Major General Arnold had quitted the rebel service, and joined the King's standard; and I at the same time gave your Lordship a circumstantial detail of the reason that induced him to take this step, as well as of the unfortunate failure of a plan, which...if carried into execution would have been productive of the greatest good consequence to his Majesty's service but which terminated most fatally for Major Andre...who, being taken prisoner, was tried by a board of rebel General Officers & condemned by their sentence to suffer death; which sentence was ordered by the rebel General Washington to be carried into execution upon this unhappy gentleman on the 2nd instant..." with a bit more.
A very notable issue and great to have this content on the front page.
Eight pages, partial red tax stamp on the front page, very nice condition. 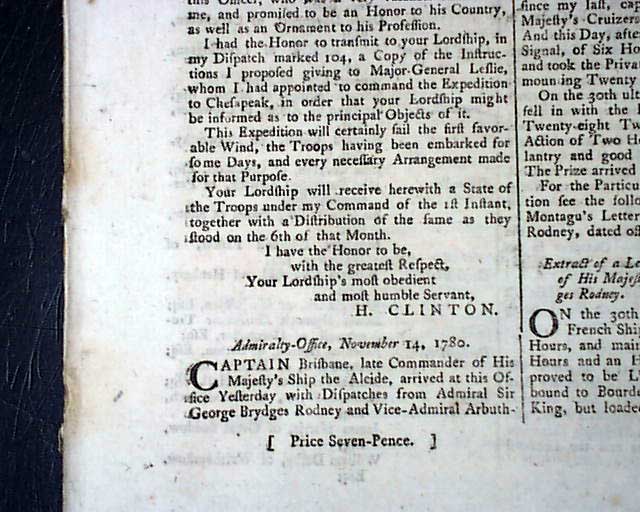 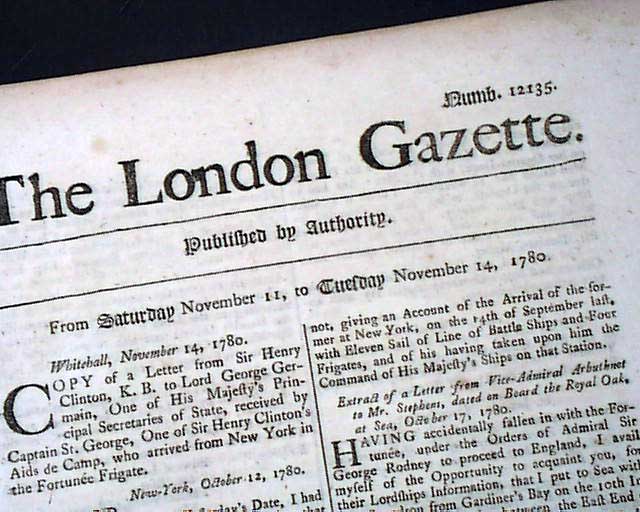 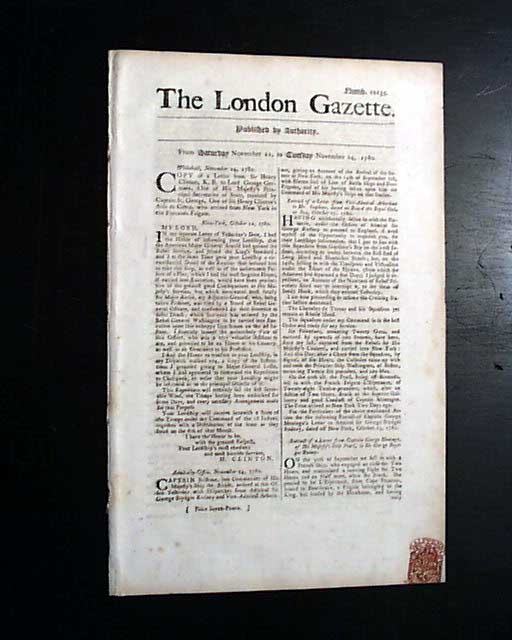 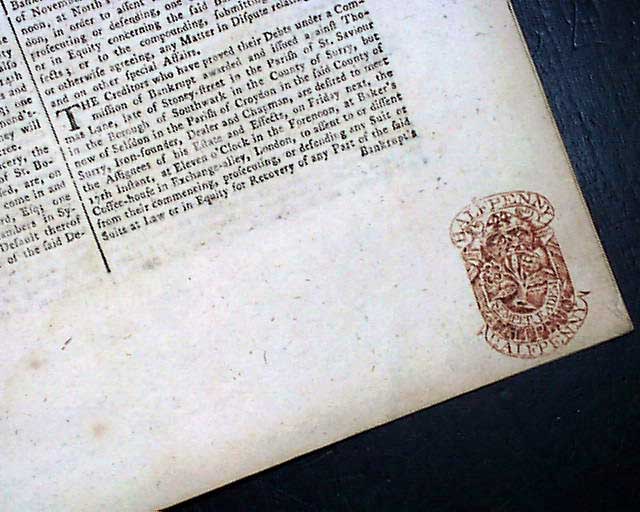